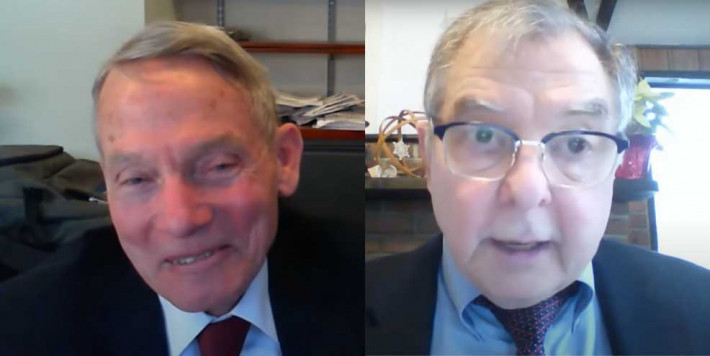 VIDEO: CO₂ IS NOT A POLLUTANT — EXPOSING THE FRAUD BEHIND THE GLOBAL RESET/GREEN NEW DEAL

Dr.William Happer, Professor Emeritus of Princeton University (who had been brought on to the National Security Council by President Trump in order to set up an actual scientific debate with the advocates of the climate change hoax, only to see that effort sabotaged by Trump’s Cabinet), presented a devastating scientific proof of the fraud of the claims of the climate hysterics. He demonstrated that CO₂ is not a pollutant, but a boon to food production, and that the hysteria is based wittingly on fraudulent computer models. He described the climate change movement as a religious crusade, not based on any real science.

Video: CO₂ is not a Pollutant — Exposing the Fraud Behind the Global Reset/Green New Deal