Officials at Keele University in the UK have disabled world-renowned aluminum expert Christopher Exley’s website and prevented him from receiving any philanthropic/charitable funding to support his research in the bioinorganic chemistry of aluminum and neurodegenerative disease — essentially the group’s main research theme over the past 29 years. 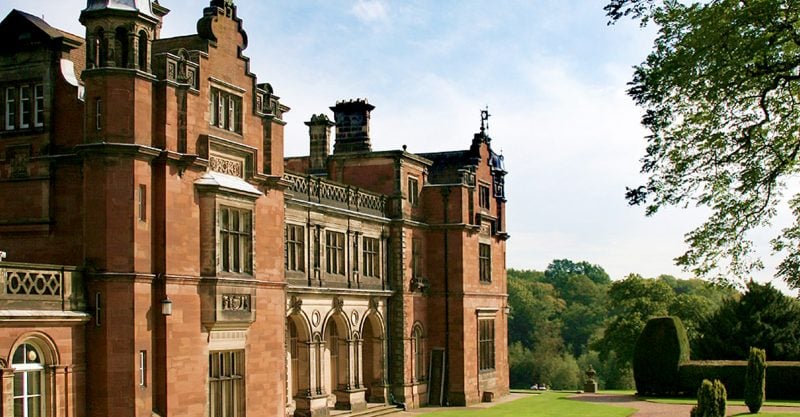 Sooner or later, anyone who is interested in aluminum — and especially its effects on human health and biological systems — is bound to come across the work and writings of Christopher Exley, Ph.D., FRSB, professor of bioinorganic chemistry at Keele University in the United Kingdom.

Popularly known as “Mr. Aluminum,” Exley has devoted nearly four decades to a passionate “quest to understand aluminum in all living things,” driven by the belief that aluminum’s impact on health represents “the greatest untold story of science.”

Unsurprisingly, the industries behind aluminum-containing products have sought to make the study of aluminum’s influence on human health “taboo,” and Exley concedes that he has had to “deal with the consequences of politics in aluminum research” for most of his career.

As Exley explains in a chapter (discreetly titled “Politics”) of his 2020 book, “Imagine You Are an Aluminum Atom: Discussions with Mr. Aluminum,” the institutional environment at Keele shifted “abruptly” about five years ago, concurrent with changes in the university’s senior management and roster of major funders.

Since that time, the university has progressed from spiking Exley’s press releases and downplaying or ignoring major scientific contributions by Exley’s research group to — perhaps most concerningly — sabotaging the research donations that are the “lifeblood” of independent-minded scientists.

In the latest shocking assault on academic freedom, Keele has now disabled Exley’s website and prevented him from receiving any philanthropic/charitable funding to support his research in the bioinorganic chemistry of aluminum and neurodegenerative disease — essentially the group’s main research theme over the past 29 years.

Exley and colleagues have studied, with great persistence, many different routes of human exposure to aluminum, including ingestion (dietary exposure and infant formula), topical application (cosmetics and other personal care products), inhalation (tobacco and cannabis) and injection (adjuvant-containing vaccines).

As a result of his insatiable scientific curiosity, Exley has become a “world authority on the link between human exposure to aluminum in everyday life and its likely contribution” to Alzheimer’s and other neurodegenerative diseases.

Notwithstanding this ground-breaking research and world-class reputation, a recent letter to Exley from Keele University’s dean of natural sciences explained that “the university will no longer provide facilities to solicit or enable restricted charitable donations” to support the Exley group’s research on “the bioinorganic chemistry of aluminium and its links to neurodegenerative disease.”

The dean clarified that this would include “donations from individuals, groups, charities and foundations” — amounting to the entirety of the group’s research income.

“Whilst the University is keen to support all its academics and wholly embraces freedom in the area of research, there are certain undeniably controversial research fields of which the University is tolerant: but for which accepting any large donations from prominent public figures or foundations could place the institution in an ethical and reputational predicament. To do so could generate potentially negative media coverage and may also jeopardize the strong relationships it holds with its existing major funders and partners.”

Who are those “major funders and partners”? One major funder is the Bill & Melinda Gates Foundation, which supports activities at Keele’s Institute for Global Health — one of the university’s “strategic research areas.” Among other activities, Gates funding supports studies on gene-drive mosquitoes and efforts to develop standard norms for assessing children globally.

Exley is convinced that institutional enmity toward his group’s research increased after Keele invited the UK’s largest independent pharmacy company, Well Pharmacy, to set up shop on campus.

Moreover, illustrating which way the winds are blowing, the university’s 25-year-old pharmacy school announced a makeover in 2019, becoming the School of Pharmacy and Bioengineering, partly in collaboration with the university’s Institute for Science and Technology in Medicine. According to Keele’s website, the institute grew by 150% between 2003 and 2013. In August 2020, the School of Medicine also underwent a major merger.

In his reply to Keele’s pro-vice chancellor, Kennedy speculated that the university’s decision to reject his $15,000 donation to Exley’s research group was “likely the product of the pharmaceutical industry’s open, aggressive and rather sinister campaign to defund Professor Exley” due to the latter’s efforts “to accurately characterize, for the first time, the health impacts of aluminum adjuvants in vaccines.”

Referencing this campaign, John Stone, UK editor of Age of Autism, asked last May: “Why would the extreme professional harassment of Prof Exley continue if powerful interests were genuinely concerned about product safety?”

Incredibly, Keele’s latest steps down the path of scientific censorship were taken on the basis of a February 2021 news story in The Guardian alleging that Professor Exley’s belief in the need for research on the safety of aluminum in vaccines makes him “anti-vaccine.”

In his 2020 letter to Keele’s administration, Kennedy pointed out that, on the contrary, “All people of goodwill should be applauding Dr. Exley’s groundbreaking studies on the health impacts of aluminum adjuvants,” adding that many “[s]cientists, toxicologists, physicians and public health regulators have … questioned the controversial use of aluminum in vaccines” and urgently demanded “definitive research.”

In his own letter to the dean, Exley pointed out that the two major grants now suspended by Keele had already “been through Keele’s rigorous system of governance” and had been “approved and signed off at the highest level.”

Ordinarily, once donations go through this process, the university gives Exley’s group leeway to decide how to allocate the funds to its two “Keele-approved” programs of research. In this instance, two-thirds of the funding had been directed to vaccine-unrelated research on Alzheimer’s and Parkinson’s diseases, with the remainder destined for research on aluminum adjuvants.

Exley also reminded the dean that his group receives charitable and individual support “based entirely upon the excellence of our peer-reviewed publications” — which currently number more than 200.

Exley has written directly to the charities and individuals who have supported his group to let them know that “Keele has made it quite clear … that [their] donation is unwanted.” He suggests that anyone who donated funds (after April 2019) may wish to ask the university for proof that the funds were indeed attributed to — and spent by — Exley’s group. If the university cannot provide such documentation, Exley said funders have every right to insist that Keele immediately refund their donations.

In a letter published in Nature in 2006, Exley wrote that “the measure of scientific success is scientific output — the elucidation of new knowledge and its dissemination through publication — and not science income.” Sadly, Keele University no longer seems to share this high-integrity perspective.

As Kennedy wrote to Keele last year, “Allowing industry to quash science for fear that it might expose profitable practices as harmful to public health is offensive to every tenet of academic freedom, scientific integrity, ethics and morality.”

Postscript: Because of the actions of Keele in cutting off the Exley group’s major funding stream — philanthropy and charity — all research in the group will end on Aug. 31, 2021 — and a wonderful team of scientists will lose their jobs.