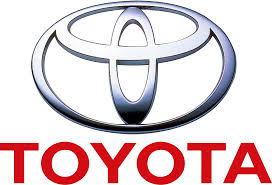 Toyota is stating straight up that there’s no way the electrical infrastructure is going to be able to handle having everyone driving electric cars, especially with leftists shutting down as much generating capacity as they possibly can. Toyota is also stating that electric cars are going to continue to be expensive into the forseeable future. And Toyota is also pointing out that only 2 percent of the U.S. car fleet is electric at this time, so real problems are being totally obscured by this.

I believe Toyota is absolutely right. I’ll add to that “what if it is a trap, and once all the cars are electric, they’ll just pull a Texas on us?” But there is one thing that is making things not look so bad – cheap solar panels.

In Mexico, you can get 400 watt panels brand new on the (real) market, (not Home Depot) for about $130 USD. At home depot, even in Mex, that same panel costs over $600 from the exact same manufacturer. So it will be key to not get ripped off for this –

Let’s say you buy an electric car for $30,000 because the price dropped a bit. IF you then turned around and bought $3000 worth of panels that were priced fairly, you’d get 10,000 watts of generating capacity and your car itself would be the battery, you could skip that cost. Such a solar array could be arranged to provide whatever DC voltage the car was set up to accept (and that can be done, very easily.) With such a setup, you’d get about 45 miles of driving from one hour of charge at Tesla’s ratings, and there are other electric cars that would go farther. These panels would not be on the car, obviously. But if you pushed that out to an entire day of charging under good conditions, you’d get the equivalent of about 6 hours of full sun, and put hundreds of miles of range on the car in one whack for nothing but a small additional expense at time of purchase.

Additionally, if your car was in use during prime charging time, you could put a grid tie inverter on those panels and send the power out during peak hours and then take it all back at night, for free. Solar panels may become a standard add on to any electric car purchase in the near future. If you can skip the storage part of the solar equation and use the car for that, solar (can be) very cheap to do.

One Response to “Toyota has warned, and is continuing to warn the world not to switch to electric cars too fast”