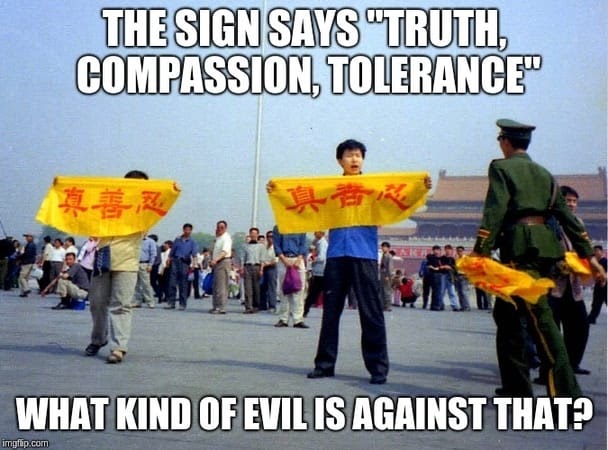 “The brazen theft of the US election showed the world, this cabal just doesn’t care how people actually vote or what the public wants — they only want their way and they will lie, cheat and steal to get their way.  Many patriots worldwide are wondering what they need to do next.”

by CK
(henrymakow.com)
The CCP (Chinese Communist Party) and those aligned with it have been waging a silent war on the USA and the world for decades.  This is a war for your mind and soul and it’s being fought asymmetrically.
Unconventional means like bio-warfare, election rigging, bribery, blackmail and murder, as well as the weaponization of medicine, banking, education and media are being used against civil society in ways undreamed of in the past.  The evil cabal’s hidden hand is being revealed as they force the world into their New World Order.
The brazen theft of the US election showed the world, this cabal just doesn’t care how people actually vote or what the public wants — they only want their way and they will lie, cheat and steal to get their way.  Many patriots worldwide are wondering what they need to do next.
Direct and kinetic confrontation with this evil is not recommended.  All electronic communications are fully transparent, including everything advertised as “secure and private”.  You are being watched 24/7.  Security agencies, law enforcement and the courts have always been in their hands.
“They have it all” — Q said that, but you thought it was the bad guys, Q meant YOU.  Don’t even think about any kind of organized, pre-planned anything.  Only spontaneous and non-violent acts can be effective on a large scale.
Those who think their personal armoury will bring salvation are dreaming.  That will make you dead in a hurry.  This is a war being fought against the CCP virus.  Can guns ever defeat a virus?
If the traditional solutions of voting and armed rebellion won’t work, how can you win a Silent War?
GOOD VERSUS EVIL
This is a different kind of war and it will require a “revolution in your thinking”.  The real battlefield is in people’s minds and ideas.  It’s a war between good and evil.   You win by exposing the evil and convincing people to stop supporting the evil.  You are literally saving souls. 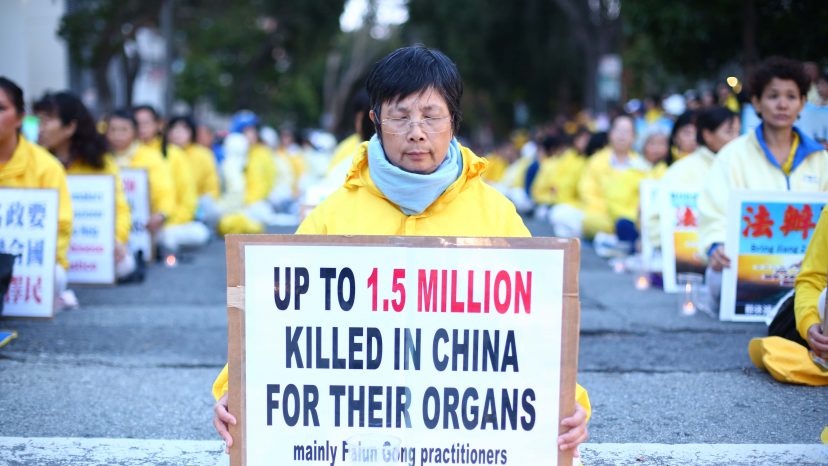 One group has shown the way, against overwhelming odds and superior firepower in China.  Falun Gong practitioners, who have faced 20 years of terrible persecution that includes arrest, torture, forced labor and even live organ harvesting have persevered to this day.
Falun Gong practitioners follow Truth, Compassion and Tolerance.  They have no access to media, are arrested for exercising their rights under China’s constitution (which is ignored); they are fired from their jobs, lose bank accounts, have poor social credit scores, and their misled friends and family shun them.
Does this sound familiar?  It should because those aligned with the CCP, who persecutes Falun Gong in China, are now helping paid off politicians, media and others persecute good people in the USA and other countries.  If you are a good person, you are about to be persecuted like the Falun Gong!
NON-VIOLENT RESISTANCE
Falun Gong has chosen a righteous path, they never resort to violence or politics.  Here is how they have convinced over 300m Chinese people to quit the CCP – it’s called Tuidang. (from faluninfo.net)
“Tuidang, an emerging non-violent movement in China that encourages Chinese citizens to renounce their ties to the Chinese Communist Party (CCP). Short for Tuichu Gongchandang, Tuidang translates literally as “withdraw from the Communist Party.”
Participation in the movement means that a person has made a public declaration that he or she wishes to disavow any previous ties with the CCP or its affiliated organizations, such as the Communist Youth League or Young Pioneers. These statements are typically signed using aliases to protect the identity of participants, and are often accompanied by explanations from the individual about why he or she no longer wishes to identify with the CCP.
A majority of Chinese citizens belong to or previously belonged to at least one of these organizations. The term “quit the party” therefore refers to a symbolic denunciation of the CCP or any of these affiliated entities.
Is Tuidang’s aim to overthrow the Communist Party?
While the Nine Commentaries denounce the Communist Party, they do not prescribe an alternative political system. Thus, while the Tuidang movement implicitly supports regime change in China, it does not advocate an overthrow of the CCP or a coup, nor does it prescribe specific institutional reforms. Rather, the focus is on a rejection of the culture of violence and duplicity propagated by the CCP and on a revival of virtue to bring about a more just and humane future China. The Tuidang movement is, in many ways, less about political revolution or institutional change and more about a spiritual and ethical revival.” 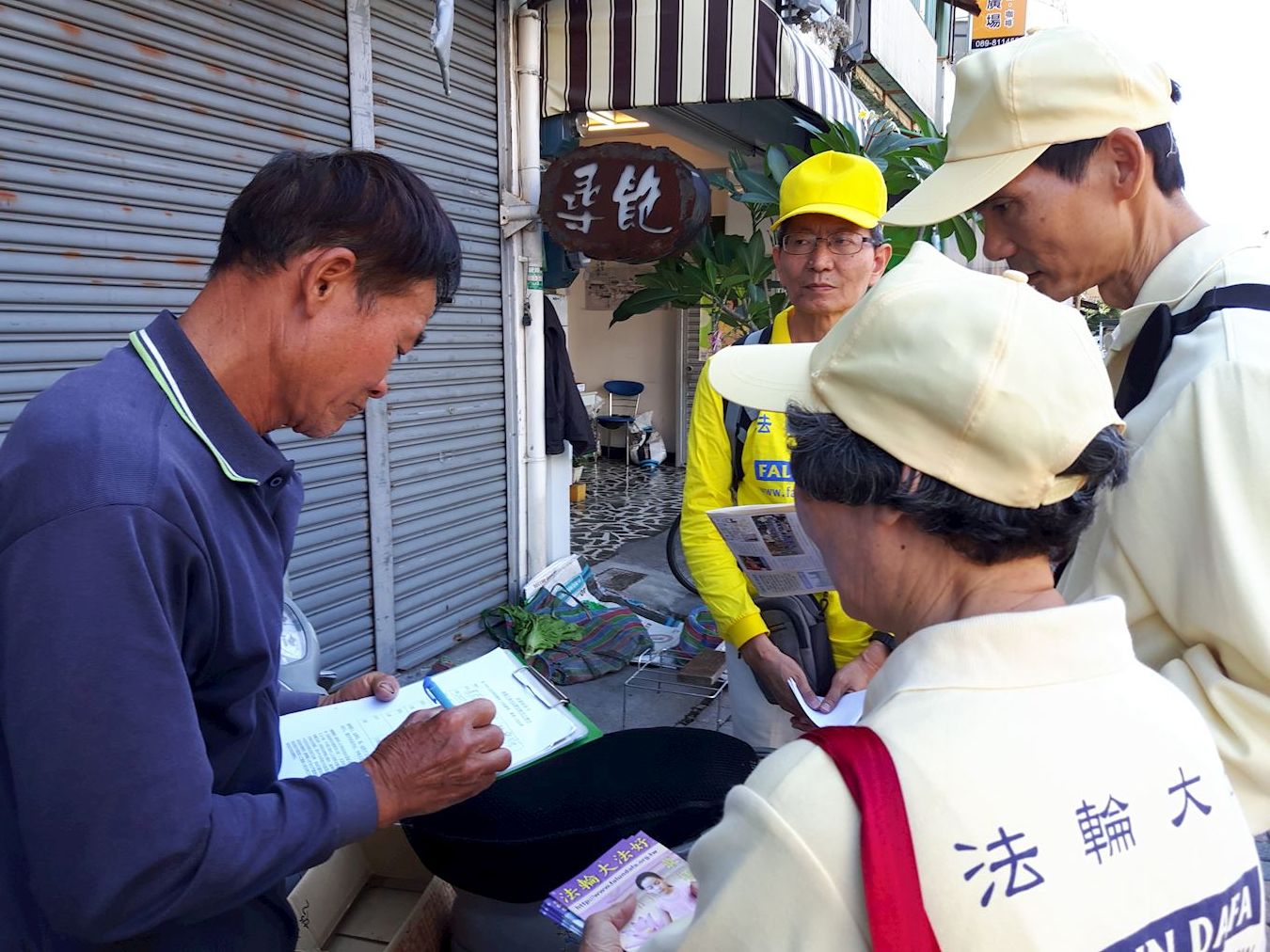 How did the Falun Gong achieve these accomplishments?  They did it with tens of millions of practitioners who risk their lives to go out and talk to people face to face, heart to heart.  Good people from all countries will need to find their courage to be a hero for the future and make a difficult choice — they need to stand up, NOW.  If there are 10m people willing to step forward and each person talks to 20 people, 200m people can hear this message in a very short period of time. Be sure to let everyone know what is behind the wicked CCP – a vicious cabal of evil satanists who are literally hellbent on mass destruction.  Everyone can:
-hand out flyers on the street
-create memes and post comments online
-make phone calls to people you don’t know
-get people to quit both political parties, the Uniparty is controlled by those aligned with the CCP
-tell people the truth about how the CCP has bribed many officials in the USA
-expose the hoax virus and warn people about the dangers of the “vaccine”.  It came from China!
-hang posters and paint tasteful messages in public places where they will be seen
-ask people to contact their elected officials to fix corrupt elections and bring the real lawbreakers to justice
Everyone learned from the last rigged election that you can’t count on corrupt politicians or crooked laws and courts to ensure justice.  This will be a Do It Yourself operation talking to people from heart to heart.  Reject the CCP’s violence and revive virtue; restore the constitutional law.  That is the way to a bright future!
https://www.henrymakow.com/