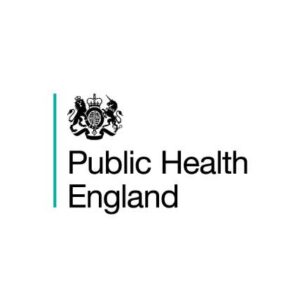 At the start of this ‘pandemic’ I read about four separate experiments/investigations carried out by the US Military during the Spanish Flu, all of which demonstrated that the Spanish Flu could not be passed from very sick to healthy persons, even by getting the healthy to drink the warm sputum of the sick.

I wondered why no similar investigation was being conducted into the transmission of COVID19. Such experiments would not have to be so ‘gross’.

Furthermore. It’s not like this is an issue of no importance.

I sent FOI requests to the Department of Health and Social Care who, in a first reply (to the question of isolation of the virus), admitted that they held “no information relating to the isolation of Sars-Cov-2”, a pretty astonishing statement the elevates Sars-Cov-2 to the same mythical status as that of the unicorn, an extraordinary thing that no one has ever seen.

The main difference between a unicorn and Sars-Cov-2 is that no one has yet invented a “scientific” test of supposed constituent parts that “proves” the existence of a unicorn, which is a great shame as it would be quite something to observe how many people would be convinced if a ‘unicorn test’ ever returned a ‘positive’.

The DHSC also held no information about transmissibility/contagion but suggested I sent my request to Public Health England.

PHE has replied (at last).

Here are the relevant lines:

Please could you forward any information you have relating to experimental
evidence demonstrating that COVID-19 is person-to-person transmissible.

PHE can confirm it does not hold information in the way specified by your request.

What this means is that no specific investigation has been carried out into the most central  assumption (and that’s all it is) that has driven the global “response” to this supposed pandemic!

It would quite obviously be a straightforward issue to prove or disprove contagion (i.e. contagion-via-transmitted-droplet) experimentally. There is NO EXCUSE for not investigating this directly. Science could easily resolve contradicting beliefs about this, one way or the other.

In my opinion, it already has done. That’s why the failure to investigate is, in itself, evidence of bad faith and the enforcement of a diabolical lie.

Scientific papers that demonstrate the uselessness of lockdowns and mask-wearing in protecting people against COVID ‘infection’ offer further indirect evidence that flu-like illnesses are NOT person-to-person transmissible. This is simply not how such illnesses work. Other factors, external and internal, define who becomes ill and when.

Here was my second FOI request:

If no such experimental evidence exists for COVID-19 please could you forward any available evidence collected, targeting this particular issue over the past 150 years, that demonstrates person-to-person transmissibility for any other influenza type illness?”

PHE can confirm it does hold this information. However, the information is exempt
under section 21 of the FOI Act because it is reasonably accessible by other means,
and the terms of the exemption mean that we do not have to consider whether or not
it would be in the public interest for you to have the information. However, for your
convenience we have included a link to the report ‘Impact of mass gatherings on
Influenza’

The first (italicised above) part of the response indicates, in my opinion, that PHE are admitting that they hold or are aware of the scientific evidence collected during the Spanish Flu (that used to be online in ‘The US Surgeon General’s Report 1919 [which disappeared from the document last October]).

In fact, under our new global ‘Communitarian’ system (yes, we’re already in it folks) what is defined as “the public interest” is decided by rulers …. as anyone with a brain should realise by now.

Truth, or even what we understand as the public interest (i.e. the common good) has nothing to do with anything any more … as American voters recently found out the hard way.

The linked report, in my opinion, has little to do with my FOI request. The weak ‘conclusion’ of “The impact of mass gatherings on Influenza” suggests correlation without demonstrating proof of anything at all. The probabilities suggested in the Conclusion are, yet again, based on assumptions that the author does not even care to define.

Correlation between future infection and mass gatherings without investigation of other factors inherent to mass gatherings (e.g. everyone being in approximately the same place and therefore subject to multiple identical environmental influences at the same time) surely means nothing scientifically. The report admits there is no proof of causation but suggests it is “prudent” to discourage them.

Why, one wonders, does it not suggest it would be prudent to investigate the scientific community’s own primary assumption, that these illnesses are in any way contagious at all?

See this link to the full document.

Here is its ‘conclusion’.

In conclusion there is limited data indicating that mass gatherings are associated with influenza transmission and this theme is continued with the inclusion of new evidence for the update. Certain unique events such as the Hajj, specialised settings including civilian and military ships- a new theme for this update, indoor venues and crowded outdoor venues provide the primary evidence base to suggest mass gatherings can be associated with Influenza outbreaks. Some evidence suggests that restricting mass gatherings together with other social distancing measures may help to reduce transmission. However, the evidence is still not strong enough to warrant advocating legislated restrictions. Therefore, in a pandemic situation a cautious policy of voluntary avoidance of mass gatherings would is still the most prudent message. Operational considerations including practical implications of policy directed at restricting mass gathering events should be carefully considered.

After reading the entirety of the FOI response, here is my own conclusion:

NO SCIENCE AT ALL!