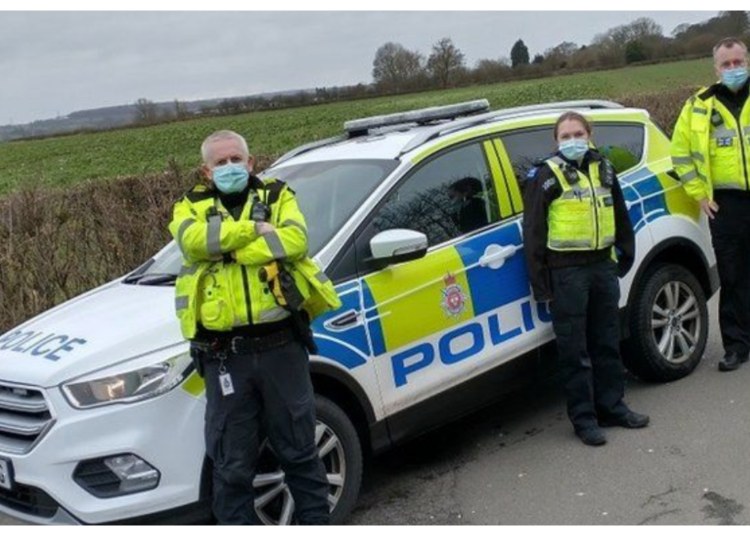 An unnamed police officer with 20 years of service has talked about why they have decided to quit the job after two decades of serving the public.

Generally, morale in the police is low.

Officers are having to endure policing the pandemic against a backdrop of never-ending overtly biased negative media coverage.

These factors, combined with a dramatic rise in the number of police officers who have been seriously assaulted, leave many officers contemplating leaving the job.

One officer captured the sentiment of many of their colleagues when they said:

I’m done with the duplicitous liars and twisters of truth in Parliament, who have destroyed policing in order to further their own careers. I’m done with those charlatans and snake oil salesmen and women who spread their bile, whose acid eats away at society and it’s values and future. I’m done with the utter lack of consequences for their corruption.

I’m done with duplicitous liars and twisters of truth in the media and “journalism” with their spin, lies, misrepresentation and half-truths. I’m done with their 24 hours news, their Twitter echo chambers, their pile on tactics and agendas, in order to invent the next “big” story or extend the life of the old one. I’m done with their sickening pretence that they are on some crusade to make the world a better place.

I’m done with the socially corrosive special interest groups who want to be top of the victimhood ladder and are prepared to burn the world and anyone different to them, to ensure they are heard above anyone else. Their constant screaming for attention and ever more fantastical claims, that bear no scrutiny, but which they know they will never be challenged on, because, you know “cancel culture”.

I’m done with the public, their violence, their lying, their abuse, their spitting, their constant screaming for instant gratification and destruction of anything and everyone around them if they don’t get their own way, like a bunch of petulant adolescents. I’m done with their demand for every right real or imagined and their utter lack of personal or social responsibility to each other.

I’m done with the senior officers who will jump on any bandwagon, throw any officer under a bus for doing their job, do anything at all to get that next rank and more power. I’m done with them pretending to be cops, when they are just politicians in uniform. At least real politicians don’t seek to hide their stench and are there for all the world to see, in all their obnoxious, odious glory.

I’m done with the Soviet era scale bureaucracy that stops me doing my job, the projects that strangely never fail, the nepotism in the promotion boards and the boys and girls clubs in policing that look after each other, no matter how incompetent and screw everyone else who isn’t in their gang. I’m done with their self promoting cliques and associations, they hide behind when they are professionally incompetent, but always useful for a photo opportunity to make the force look good with whatever group is having their week or is fashionable that day.

I’m done with the (few) corrupt cops who drag all our names through the mud and the false narrative that the vast majority of front line cops are tainted.

I’m done seeing my brothers and sisters on the front line battered, criticised, unsupported and demoralised. I’m done with their fortitude, inherent goodness and sense of service, that makes them run forward, knowing the armchair critics will crucify them after. I’m done with their false hope that things will improve, that society will value them. I’m done with them being lied to by our leaders and then lying to themselves, that, maybe, just maybe, this time those leaders can be trusted, I’m done with seeing those youngster suffer and age far too fast as a decent life passes them by as they waste their lives on this.

I’m done with grandstanding cops, dancing for YouTube, wearing rainbows as self promotion, kneeling for a twitter photo, lecturing the public about things that shouldn’t concern us, forgetting we are the law police, not the public morals police, Im done with them doing anything other rather than actual policing. I’m done with the false narrative that suggests this is the norm and that all cops are more interested in being woke social workers than doing their job. A false narrative we have facilitated by allowing this self indulgent, shameless self promotion of a few individuals, to proliferate.

I’m done with cops being told they are somehow lesser without a degree and that instincts are bias and bad. That experience and street knowledge is discriminatory. I’m done with the lies that the College of Policing is on our side. That the courts value and support us. That the IOPC isn’t an insidiously untrustworthy organisation out to get us. That the HMIC understands policing.

I’m done with the anxiety, the anger, the constant state of heightened arousal in case of danger, even when I should be feeling safe in my own home. I’m done with the corrosive damage to my physical and mental health, sacrificed for a country and public, serving both in green [army] and blue, for a country that couldn’t give a toss.

I’m done with the deaths, the suffering, the violence, the dishonesty, the predatory behaviour and all the other public faeces that you ask us to clean up.

I’m done with the the indescribable levels of frustration, rage, hate and despair that all the above has filled my life with, when all I wanted to do was look after the good people and lock up the bad. I’m done with the cynicism and distrust that it’s left me and the times I’ve put my family last, to ensure I was there for someone else’s. I’m done with the pain it causes them to see what this job does to us.

I’m a cop of 20 years service and I’m done with it. Sort your own mess up. Or don’t, and let it all collapse around you.

The blog was first shared on MattJohnsonAuthor.com and has been viewed on that platform alone over 300k times.

If you have the Google News app on your phone, don’t forget to follow ‘Emergency Services News’.

Got a story? Send your videos and pictures to contact@emergency-services.news You can also find us on Twitter @ES_News_

We need your help. As former emergency services & armed forces personnel, we pride ourselves on bringing you important, fast-moving and breaking news stories which are free from the negative bias which is often directed at the emergency services by some sections of the mainstream media.

One of the reasons we started ‘Emergency Services News’ was because we became tired of reading badly informed stories about the emergency services which seemed only ever to highlight negative aspects of the job.

We want to be the unheard voice of the remarkable men and women who serve in the emergency services, NHS and armed forces. And with around 500k page views each month, we are getting there!

As income from ads, the mainstay source of income for most publishers, continues to decline; we need the help of our readers.

And remember, if you have a service, product or job vacancy that you would like to promote to our large readership, then you can buy advertising space in our articles.

You can support emergency services news from as little as £1. It only takes a minute. Every contribution, however big or small, is vital for our future.

Please help us to continue to highlight the life-saving work of the emergency services, NHS and armed forces by becoming a supporter.