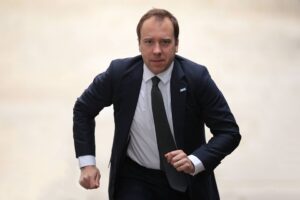 It’s a bit of a mystery. Speaking from Downing Street last night, UK Health Secretary Matt Hancock said that the under-50’s would have to wait a bit longer for their covid vaccine. He blamed production issues. The manufacturers said there are no issues. What’s going on?

A leaked letter suggested that the NHS is expecting a significant reduction in supply for a month from March 29. The letter said that local vaccination centres have been told not to make any new bookings from the end of this month.

This means that the under-50’s will have to wait until at least May, to get their first dose. Hancock said the country was still “on track” to hit vaccination targets to take England out of lockdown.

A fall in provision from AstraZeneca is being blamed for the shortage. Last night, the firm moved quickly to refute the claim. The company insisted that its UK supply chain was not experiencing disruption.

A spokesman said: “Our UK domestic supply chain is not experiencing any disruption and there is no impact on our delivery schedule.” Someone is lying. 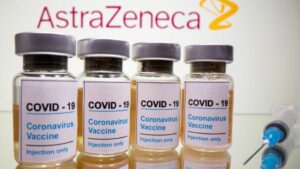 I bet the government is anticipating widespread refusal among the under-50’s. I’ve been speculating for some time now, that the roll-out hasn’t been as successful as the government would have us believe.

I believe that they were largely successful in persuading OAP’s to have a jab, but began running into problems as they moved down the age groups.

Younger people are far more likely to refuse the vaccine or choose to wait and see if it causes harm. And it is causing harm. Unless you’ve been on Planet Mars for the last fortnight, you’ll have heard of the blood clotting.

The majority of under-50’s have Facebook, Twitter and Instagram accounts. They’ll be aware of reports that the vaccines are killing people, although it’s not known on what scale. But it’s happening.

And they’ll also be aware that 200,000 NHS workers have indicated that they will decline the jab. That was covered by mainstream media. Taking all this into account, my guess is that Matt Hancock is lying when he says that “supply is bumpy.”

He’s terrified that us under-50’s won’t be rolling up our sleeves. And why would we? Why would we need an experimental drug for an illness that most of us have never had, or may have had and didn’t even know about it?

I believe the government has bought itself a month, to try and figure out what to do. If it opens the door to booking under-50’s for their jabs and there is widespread refusal as I’ve suggested, the media will cover it, even if reluctantly.

Expect the dangling of more carrots in the weeks to come. We’ll hear a lot of talk about holidays and outdoor music festivals tied in with green passports or whatever name they give them. That’s their ace card.

At some stage though, they’ll have to go for it and open the doors to the young. What happens next will be fascinating.

Hancock Is Terrified That Under-50’s Will Refuse Covid Vaccine