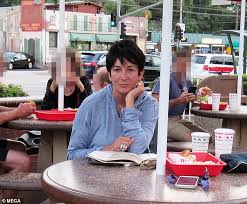 Revelations are a CLUE to transform harm into harmlessness

At first glance, it would appear that the now-infamous Ghislaine Maxwell had a soft spot for the environment. As we’re about to see, Maxwell’s Terramar Project wasn’t just about “protecting the oceans,” but controlling and owning them.

Those who associated with and financed the Terramar Project included many of those who since 2016, we recognize as being linked with child sex trafficking, including the Clinton Foundation, Comet Ping Pong’s James Alefantis, John Podesta and Tamera Luzzatto, along with many other denizens of High Society.

Luzzatto was Chief-of-Staff for Hillary Clinton and is now Senior Vice President of Government Relations at The Pew Charitable Trusts. Luzzatto was also the publisher of a disturbing website called Evie’s Crib and author of an infamous email sent to John Podesta and published by WikiLeaks, in which she appeared to be pimping-out her infant grandchildren.

Without Prejudice and Without Recourse
Doreen A Agostino
http://freetobewealthy.net