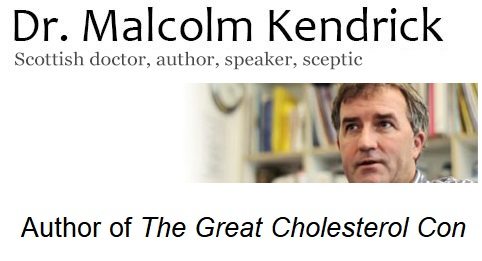 I am particularly interested in the whole concept of being ‘anti-‘ or a ‘denier’, or a sceptic.

I think in great part this is due to constant attacks I have had to put up with because of my views of cholesterol and statins. I am often called a statin ‘denier’. I have also been referred to as a professional contrarian, a sceptic, a zealot and suchlike.

The best general insult was from Steven Nissen, perhaps the world’s most influential cardiologist:

‘A leading cardiologist has unleashed a blistering attack on “statin denial,” which he calls “an internet-driven cult with deadly consequences 1.”’

What a result! I am now, officially, a cult member.

That is, in addition to all my other, myriad flaws. Or maybe it is my cult he was referring to, and other people have joined it.

Who knows? The truth is that if I did actually manage to join a cult, or start a cult, I wasn’t aware of it.

But then, that’s how they do it, they sneakily pull you in these invisible people with no obvious organisation.

I am often, though, called a cholesterol sceptic. Which is fair enough. I did join a loose alliance of doctors and researchers called The International Network of Cholesterol Sceptics (THINCS), so I can hardly object to being called one.

I just happen to believe it is not harmful – probably beneficial. To be accurate, it is the other side who attack cholesterol and who should be called cholesterol sceptics.

I am really an anti-anti-cholesterol sceptic. This must make me twice as bad. I am not just anti. I am anti-anti.

Do I object to all these attacks? Well, you know, to be perfectly honest, if you can’t take the heat you should stay out of the kitchen. In addition, I don’t think I would be doing things right if people were not hurling insults at me on a regular basis.

It also encourages me to carry on. Because, as Gandhi once said:

You may prefer Schopenhauer’s take:

“First, it is ridiculed. Second, it is violently opposed. Third, it is accepted as being self-evident.”

Once you have reached the violent, ridiculing, insulting, stage you know you are pretty much directly over the target:

“Bombs away! We will crack that bloody dam one way or another chaps – just don’t refer to my bloody dog by name, or we will never fly another mission.”

Anyway, because of my personal history I have taken a particular interest in the matter of personal insults used as a debating technique. Rather than relying on the use of terribly boring tactics like facts, and data.

Why debate when you can achieve the same result with a pinpoint laser guided insult?

It is something that has been around for a long time. Schopenhauer in his essay ‘The art of being right’ discussed thirty-eight ways to win an argument.

It includes a few techniques that I see used regularly. ‘Appeal to authority rather than reason’ and ‘bewilder your opponent by mere bombast’. At number thirty-eight ‘Become personal, insulting, rude…argumentum ad personam.’

The sad fact is that number thirty-eight works brilliantly. Always has, and it seems that it always will.

Find something, anything, a person has said at some point in the past. Use that to relentlessly attack them. Once you have destroyed their character and motivations that is, pretty much, that.

It is not really an argument, of course, it is simply a way of stating, about someone else, that ‘you are a disgusting person, and no-one should listen to anything you say, ever again.’

I recently read the book ‘So you’ve been publicly shamed’ by John Ronson. It describes people who, in some instances, said one thing, and one thing only, and their entire lives were shredded on-line – then off-line too. In several cases they hadn’t really said anything ‘wrong’. Although they had been rather clumsy in their use of words.

However, someone else had decided to interpret what they said in a certain way and then decided to become insulted. There was no judge, no jury, at work here. They were guilty – and gone. Dragged off by the baying mob for a metaphorical lynching.

The medical and scientific world are, sadly, no different, and never have been. If you hold views that the mainstream finds… finds… I am not sure what the exact word here is. Wrong, misguided, unacceptable, dangerous? Perhaps a combination of all four, and more, you are attacked with exactly the same level of implacable hatred.

A hero of mine is Dr Bernard Lown. Many decades ago, he and his mentor decided to stand against a piece of universally accepted medical dogma. Which was strict bedrest following a heart attack. These two dangerous fools, instead of forcing patients to lie virtually motionless in bed for six weeks, allowed them to sit up in a chair at the end of the bed. Shock, horror.

Although I knew that the project would be a chore, I didn’t expect it to be an act of martyrdom. Little did I realize that violating firmly held traditions can raise a tsunami of opposition.

The idea of moving critically ill patients into a chair was regarded as off‑the‑wall. Initially the house staff refused to cooperate and strenuously resisted getting patients out of bed.

They accused me of planning to commit crimes not unlike those of the heinous Nazi experimentations in concentration camps. Arriving on the medical ward one morning I was greeted by interns and residents lined up with hands stretched out in a Nazi salute and a “Heil Hitler!” shouted in unison. 2

It is now well recognised that strict bed rest is deadly, was deadly. An action that killed tens of million world-wide.

However, those daring to question it were treated with Nazi salutes. A particularly galling insult for a Jew, I would imagine. And somewhat ironic, as strict bed rest probably wiped out more people than the Nazi’s ever managed.

Moving track to another hero of mine. I used to communicate with Thomas Gold now, sadly, dead. Although he did make it to eighty-four. He was a professor of astronomy at Cornell University. He also had many other broad scientific interests, which included Geology.

In the 1950s he was a great supporter of Alfred Wegener’s theory of tectonic plate movement – to explain the structure of the Earth’s surface.

Gold, and anyone else who dared to support this ridiculous and idiotic idea, were flung out of any meetings of the American Geological Society. They were attacked and insulted and disbarred by the great and the good.

He was denied tenure at Harvard but was hired by Carl Sagan instead. A good result, I would say.

By the way, all geologists now fully support the tectonic plate movement hypothesis, and would viciously attack anyone who question it!

Gold was attacked again, decades later, for putting forward his ideas on the ‘abiogenic theory’ of petroleum generation.

Basically, he believed that there is a lot of life deep down in the Earth’s crust, and it creates petroleum as a waste product, which seeps to the Earth’s surface, which then gets trapped in certain places.

Gold has been derided by geologists, such as Harmon Craig and John Hunt, who are strongly opposed to Gold’s abiogenic petroleum theory. Others had even started campaigns to prevent Gold from publishing his findings.3

Twice attacked and derided by the establishment. Attempts to prevent his work even being published.

I am deeply envious. If you do enjoy a hypothesis that is widely considered ridiculous, then have a read around ‘The Deep Hot Biosphere’. If you are the sort who welcome ideas that seem whacky, you’ll love it. If you prefer to accept scientific consensus without challenge, I’d give it a miss.

Now we have the deadliest insult of all. ‘Anti-vaxxer.’ Two relatively short words, but if you dare to touch them, they explode into maelstrom of poison that spreads far and wide, destroying anyone and everyone in range.

Today, to mix my metaphors, there is probably no deeper abyss to be dropped into, than the abyss of being labelled an ‘anti-vaxxer.’

Of course, the term has no definition. It doesn’t even have any discernible boundaries. You can be wandering about quite innocently and suddenly find you have become an ‘anti-vaxxer.’

I mentioned that the phase III clinical trials on AstraZeneca’s COVID19 vaccine will not be completed until 2023.

This, it seems, to some people on a medical website called doctors.net makes me an anti-vaxxer. Highly suspicious at the very least ‘And vhy, Dr Kendrick do you find it necessary to point out such matters. Have no doubt my friend that ve shall be vatching you very closely in future.’

I think I am channelling Raiders of the Lost Ark here.

We have now reached the position where, to state an incontrovertible fact about a clinical trial, makes you an anti-vaxxer. Which means that there truly are no longer any places to go. If, that is, you want to discuss vaccines in any way.

The only approved position to take, particularly if you are a doctor, is the following… “All vaccines are entirely safe. They have no adverse effects, and they are one hundred per cent effective in all cases. Anyone who questions vaccines in any way does not understand anything about science and they are putting millions of lives at risk. In fact, they should probably be treated as criminals.”

Here is the view of one doctor, from the BMJ:

….criminalising people who intentionally hurt others through false information should also be considered. The freedom to debate, and to allow the public to raise legitimate vaccine concerns to fill the knowledge void, should not extend to causing malicious harm 4.

And who, exactly, is to decide what constitutes malicious harm? I feel that this would be a rather large step – backwards – for mankind. This moves well beyond obliterating someone’s reputation. We should be flinging anti-vaxxers in jail.

That will certainly help to silence the bastards. A little ‘anti-vaxx’ symbol to be delicately pinned onto clothing whilst outdoors, perhaps. Otherwise, they could be walking amongst you, killing your children and elderly relatives, and you wouldn’t even know. Maybe we should build special camps to house them in at the same time.

Goodbye age of enlightenment. So long scientific debate. Finally killed by COVID19. You will be missed. I hope some small groups may manage to keep the flame alive. Right now, it seems to have been stamped out.

Read the full article at DrMalcolmKendrick.org.