Re English Democrats, I find Robin Tilbrook the Chairman most knowledgeable and helpful in taking on bureaucracy.

During the first lockdown he helped businesses to re-open their doors by explaining the click and collect rules to small businesses free of charge, where he should have been charging by the hour.  He helped stop supermarkets from excluding non-mask wearers.  They all add ‘except if you’re exempted’ now on their mask instructions. 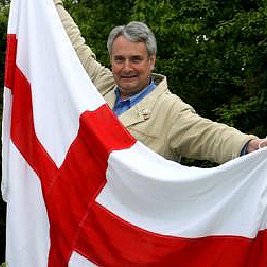 He’s now helping parents battling school authorities about testing rules and mask wearing rules, and the tendency of schools to exclude those who won’t conform.

He is not the same as Farage who was not approachable beyond a thirty second get rid of you, ‘do this for me’, conversation. The Tories are the biggest crooks in history. Starmer a paedophile protector.

Tilbrook is human. He’s the only one I’ve known in national politics in over thirty years – since John Biffen resigned – who seems to care about people.

I would revisit Tilbrook if I were you. We need legal advice, the law to be functioning and someone who’s prepared to help when we are in trouble. Don’t spit him out. He’s on our side. The Achilles heel of the bureaucrat is they hate to be shown up as being wrong and they run when successfully challenged.  Robin Tilbrook knows how to have a go, and wins more often than he loses.  These are not false hopes as commenters on Tap News describe them.

Call him if you have an issue.  I can guarantee you will get a reply.  It might take a few days for the reply, but you will get one.  Most politicians give you government handouts, ignore you completely, or tell you to go away.  The English Democrats at this stage are the only party of law and order.  The whole of our system needs law and order brought back, an end to political correctness, an end to widespread corruption and an end to the new bullying culture of government, not to mention an end to the medical catastrophe and lockdowns that are being inflicted on our nation.

Please don’t waste your time any longer with Conservative, Labour, LD, UKIP, Reform and all the other sell-outs.  We have to rebuild the future of democracy as the old democracy is on its deathbed.  Here there is hope.