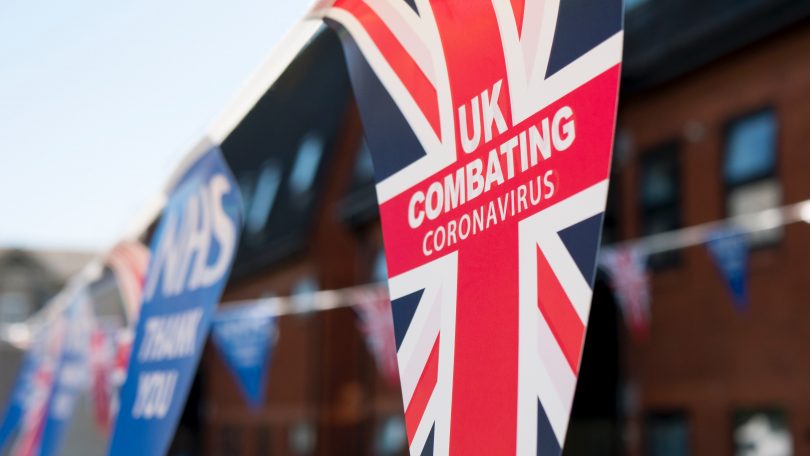 Has all the effort we have expended here in the UK on lockdowns, track & trace, school closures and the testing of asymptomatic people, have been in vain? Sweden, despite all the criticism, seems to have done better both in mortality and of course in collateral damage. This is an uncomfortable truth for lockdown proponents of all stripes.

There is much talk of echo chambers these days, but I seem to have found the precise opposite – a gaping chasm of a void into which questions I have been asking for 10 months go unanswered.

Proponents of draconian restrictions to combat respiratory disease are being extraordinarily quiet about developments in places that have continued with voluntary measures: places that have not scared people silly or inflicted draconian standstill policies.  California vs Florida; North vs South Dakota… and yes, Sweden vs UK, two countries that are similarly urban despite the differences in overall population density due to larger swathes of tundra in the former.

The most up-to-date information from Sweden should be food for thought for all those banging the drum for restrictions to be extended or tightened.  Lockdown sceptics have been continually castigated for mentioning Sweden.  But facts matter, and despite diverging paths from 23 March 2020, the epidemic has tracked very similar paths in these two countries, as measured by cases of the disease.

But by using sensible – voluntary – measures that have been carefully crafted to limit the negative impacts on individuals as well as society as a whole, Sweden has hugely outperformed the UK in terms of collateral damage, as well as the most crucial metric of all: overall mortality.  This graphic shows in crystal-clear detail how deaths involving Covid in Sweden have plummeted and continue to fall.

How could this be? Is it due to a gentle limitation on social interaction introduced there on 14 December? Secondary schools being closed (primary schools are open)? It certainly will not have anything to do with vaccination, as Sweden is tied to the EU’s vaccine farce, or linked to face mask wearing (though could be to the lack of it!).  And Swedes are encouraged to spend as much time as possible outside (noting the alternative ‘stay at home’ laws that have been introduced in so many other places).

No, we need to look elsewhere.  In the second week of January 2021, over 40% of serological tests carried out in Sweden were positive for SARS-CoV2 antibodies, as reported by the Swedish Public Health Authority.  And as outlined in detail by this practising medical doctor, 40% is likely to be an underestimate, as at higher prevalence people who know they have already had the disease do not submit themselves for testing.

Do these data matter? And can they be true, given that the same source reported antibody levels at c. 15% after the end of the summer?  Yes, and yes.  The longitudinal nature of this data set – reported on a weekly basis – is the telling fact.  Combined with the plummeting death toll in Sweden, it is an uncomfortable truth for lockdown proponents of all stripes.

This is a seasonal disease, and herd immunity works.  Sweden essentially remained open over the summer, and has had a less bad resurgence (almost inline with ‘normal’ winter respiratory disease increases).  And average annual death toll in Sweden is not extraordinarily out of line, noting the particularly low rate of mortality in 2019, something that all countries should be aspiring to.

I therefore continue to suggest that all the effort we have expended here in the UK on lockdowns, track & trace, school closures and the testing of asymptomatic people, have been in vain.  We would have been far better off letting people out into the sunshine and the fresh air, and focussing our collective effort into supporting the NHS and its staff to prepare for a modest winter resurgence, which would have been less of a ‘spike’ if we had invested in surge capacity and rested staff, not hounded people in and out of lockdown.

So, to go back to one of key unanswered questions: why are we still not thinking rationally? Why are we worrying about Covid-19 cases, when the key metric should be mortality?

Why has HM Government not published a cost/benefit analysis of its current lockdown policy, despite this being highlighted by SAGE as a key requirement in the minutes of a meeting held on that fateful 23 March 2020: “Given the clear links between poverty and long-term ill health, health impacts associated with the economic consequences of interventions also need to be investigated” – and this was at a point when the lockdown as still intended to be ‘three weeks to flatten the curve’.

Why – in the face of credible evidence to the contrary – does the prevailing narrative that draconian “lockdowns work” persist?  Each time we have introduced one, case growth was already declining.  They are great for rich people.  But they are terrible for everyone else.  And please, please can we stop comparing the UK to New Zealand or Australia – yes, things might have been different if we had closed borders before February 2020.  But we didn’t, and we happen to be an international travel hub, and are not based in the middle of the Southern Ocean miles from everywhere.  Shutting the stable door after the horse has bolted has never been a sensible strategy.

As far as I can tell, the latest bout of comprehensive restrictions is an attempt to put life on hold until everybody has been vaccinated, as otherwise ‘cases’ of Covid-19 would exponentially rise, unfettered and unchecked.  Better safe than sorry; we’re so close to vaccine nirvana that we might as well enjoy a few more months cuddling up with a book.  What harm can it do?

As demonstrated above, this is a nonsense, and the harms are terrible.  Fine for the ‘healthy wealthy’, but absolute disastrous for everyone else.  ‘Stopping the spread’ is a fool’s errand at this level of endemic presence of the virus.  And the absolute depravity of depriving those in the last months of their lives of the choice of how – and with whom – to spend those last precious moments is the utmost cruelty.

It is becoming increasingly hard to spin the nonsense being peddled by our lords and masters into a contiguous narrative that doesn’t have as many holes as a Swiss cheese.

Please can we accelerate the great opening up.  It is long overdue.

Dr Alex Starling (@alexstarling77) is an advisor to and non-executive director of various early-stage technology companies.

3 Responses to “The Green Shoots of Truth Slowly Emerge”