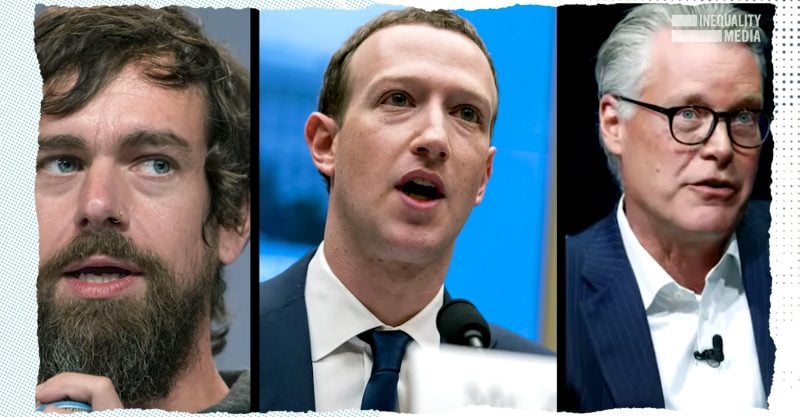 The sudden lurch from Trump to Biden is generating vertigo all over Washington, including the so-called fourth branch of government — CEOs and their army of lobbyists.

CEOs are being hailed — and hailing themselves — as guardians of democracy. That’s after saying they will no longer donate to the 147 Republican members of Congress who objected to the certification of Biden electors, on the basis of Trump’s lies about widespread fraud.

Give me a break. For years, big corporations have been assaulting democracy with big money, drowning out the voices and needs of ordinary Americans and fueling much of the anger and cynicism that opened the door to Trump in the first place.

Their assault hasn’t been as violent as the pro-Trump mob who stormed the Capitol. And it’s entirely legal. But it’s arguably more damaging over the long term.

A study published a few years ago by two of America’s most respected political scientists, Princeton professor Martin Gilens and Benjamin Page of Northwestern, concluded that the preferences of the average American “have only a minuscule, near-zero, statistically nonsignificant impact upon public policy.” Lawmakers respond almost exclusively to the moneyed interests — those with the most lobbying prowess and deepest pockets to bankroll campaigns.

So now, in the wake of Trump’s calamitous exit and Biden’s ascension, we’re to believe CEOs care about democracy?

As Jamie Dimon, CEO of JPMorgan Chase, put it, “No one thought they were giving money to people who supported sedition.”

Yet Dimon has been a leader of a more insidious form of sedition. He piloted the corporate lobbying campaign for the Trump tax cut, deploying a vast war chest of corporate donations.

For more than a decade Dimon has driven Wall Street’s charge against stricter bank regulation, opening bipartisan doors in the Capitol with generous gifts from the Street. (Dimon calls himself a Democrat).

When Facebook‘s Mark Zuckerberg shut Trump’s Facebook account, he declared: “You just can’t have a functioning democracy without a peaceful transition of power.”

But where was Zuckerberg’s concern for a “functioning democracy” when he amplified Trump’s bigotry and lies for over four years?

After taking down Trump’s Twitter account, Jack Dorsey expressed discomfort about “the power an individual or corporation has over a part of the global public conversation.”

Spare me. Dorsey has fought all attempts to limit Twitter’s power over the “global conversation.” He shuttered Trump only after Democrats secured the presidency and control of the Senate.

Look, I’m glad CEOs are penalizing the 147 Republican seditionists and that big tech is starting to regulate social media content.

But don’t confuse the avowed concerns of these CEOs about democracy with democracy itself. They aren’t answerable to democracy. At most, they’re answerable to big shareholders and institutional investors who don’t give a fig as long as profits keep rolling in.

If they were truly committed to democracy, CEOs would permanently cease corporate donations to all candidates, close their PACs, stop giving to secretive “dark money” groups, and discourage donations by their executives.

And they would throw their weight behind the “For the People Act,” the first bills of the new Congress, offering public financing of elections among other reforms.

The fourth branch is already amassing a war chest to stop Joe Biden and the Democrats from raising corporate taxes, increasing the minimum wage, breaking up big tech and strengthening labor unions.

The Corporate Assault on Democracy