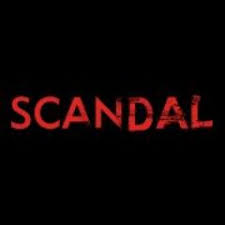 Even people who have broadly supported the government’s lockdown policies – and, incredibly, there appear to be many, if opinion polls are to be believed – are surely not blind to the various kinks in those policies that have been at best misguided and at worst, truly scandalous.

Here I list some of Boris Johnson’s most catastrophic missteps in a year full of them.

In a perverse attempt to ‘protect the NHS’, thousands of Covid patients were shunted out of hospitals into care homes, without tests, where they infected others which led to a huge proportion of Covid deaths. (Interestingly, many countries and US states, including Sweden and New York, made the same mistake.)

‘Fever hospitals’ would have been one of many infinitely preferable ideas to lockdowns, which bowdlerise the economy and atomise society in dangerous ways, and the quick construction of discrete health centres gave rise to the hope that this would happen. But the eight of them barely saw a single patient and some were quickly decommissioned. It’s difficult to overstate the madness of building these things and not using them.

This cost us taxpayers an eye-watering £12 billion. And it is hopeless. Users were alerted when they had apparently been in contact with an infected person and asked to self-isolate for several days. Except many hadn’t been in contact with an ill person, and even if they had been, it’s not obvious that they were automatically infected. Some users reported getting several phone calls in the same day, week after week, by robotic minimum wage drones reading from a pre-prepared script; many people reacted by simply blocking the number. But still damage was done – whole families were taken out of life and work for weeks at a time for no good reason.

In 2020 and 2021 we had civil liberties curtailed and personal freedoms crushed to a truly extraordinary extent. Britain has never seen anything like it. And it was the manner in which they were done, often with zero Parliamentary scrutiny, and frequently by a stroke of Matt Hancock’s pen. The initial lockdown for instance, was enacted under the Public Health (Control of Disease) Act from, fittingly, 1984. Parliamentary accountability is close to non-existent, with the House an empty shell, legislation has banned physical anti-government demonstrations, Ofcom has ensured that criticism of the government from broadcasters is muted, and big tech firms like Facebook, Twitter and YouTube draw up guidelines in line with government present thinking. You really should be more concerned about all this than you are.

A staggering 40% of Covid infections may have been picked up in the places meant to care for people. This is not a new phenomenon, with the NHS not having a good record on ‘superbugs’ and the like, but it utterly damns the idea that the whole of the economy and society had to be closed down because of this virus. Without those infections, things would have been at manageable levels, deaths little higher than usual, when communities toddle along without being ruthlessly stamped upon.

PCR (Polymerase chain reaction) tests were never meant to be used at the volume they have been; in fact they were only done so because, like lockdowns, they were promoted by the Chinese Communist Party. This is because they can produce a large number of false positives, especially when run at a high cycle rate – 45, as suddenly recommended by the China-‘influenced’ WHO – as increased sensitivity picks up old viral load (it does not mean that the person actually has the virus). Far be it from me to speculate why it was that on the very day of Joe Biden’s inauguration, the WHO then switched to recommending the tests be run at 30 cycles.

You could argue that these were scandalous because they came in a year late; that’d be a reasonable point but it’s almost certain that in March 2020 it would already have been too late because the virus had travelled around the world and arrived in Britain. In February 2021 quarantines were inane: multiple variants of the virus are already endemic; they were not enforced with anything like the military-style might of Australia and New Zealand’s (thank god, some might say); the victims of these quarantines – for that is what they are, because solitary confinement is uncannily cruel – had already tested NEGATIVE. Idiocy and sadism collided in typically Johnsonian fashion.

Without again going over the overwhelming evidence that masks – as commonly worn by most people in most settings – do little to stem the spread of the virus, remember that these were mandated in summer, when cases were virtually non-existent. It was ridiculous. But then picture the mask manufacturers’ PR teams whispering in governments’ ears all around the world: “You’ll look really virtuous, like you care about your people” and then out of earshot “And we’ll make loads of money!” Further mission creep and deliberately vague directions on when you should wear them saw them become ubiquitous throughout the land, even where they weren’t mandated, like in the street. A scary, dystopian world was created.

It’s long been known that viral transmission in wide open spaces is extremely unlikely. It’s also long been known that participation in physical sport produces enormous physical and mental health benefits. And so this government, in its infinite thickness, banned sport, even non-team activities like golf, tennis and swimming, for most of the previous year.

Pubs only accounted for a small amount of Covid infections; businesses spent millions to make them, arguably, more secure than they needed to be (enjoyment in them was certainly kept to a minimum). And yet, after numerous closures and reopenings up and down the country, they were all shuttered again come the third lockdown. Areas that had virtually no cases were not spared. Pubs are of course places which can be beneficial to mental health as you communicate with others. Their shuttering perfectly illustrates: 1) the Precautionary Principle on steroids; 2) a sledgehammer policy which punishes the innocent; 3) a myopic focus on just one aspect of public health at the expense of all others. These are the three tenets of the Johnson government’s handling of this pandemic.

This is the greatest scandal of them all. Despite study after study from around the world showing that keeping schools open did not drive an upsurge in cases, our government, on January 5, said they must not open. Despite saying on January 4 they would. Even the Tartan Tinpot Totalitarian in Scotland and Mark Dreary-ford in Wales opened their schools after February half-term, two weeks before England. This scandal is probably due to a combination of an Education Secretary barely worthy of the name, Gavin Williamson, the worst of Britain’s 55 prime ministers, Boris Johnson, and some particularly militant teaching unions. Whatever, the cost has been incalculable: documentation on the damage to children’s education, future earning prospects and mental health makes for appalling reading. They have been victims of a never-before tried punishment experiment, and the least well-off families suffered most. Why weren’t schools treated as supermarkets, as essential?

Nothing better illustrates the fingers-in-ear approach of the Johnson government than its mandate that all secondary school pupils should wear masks in classrooms from March 8 onwards. There is no strong evidence to suggest that children, already at very little risk from this virus, can spread it. There is an enormous amount of evidence to suggest that masks retard children’s communication abilities, their physical health, their self-image, their psychological well-being, and more. It’s yet another example of how Johnson’s government is a post-enlightenment administration, and how U-turns are his speciality (in August he said face masks in the classroom was ‘clearly nonsensical’).

Punishments should be proportionate to the severity of the crime. And yet our kind, wonderful, humane health secretary Matt Hancock suggested that people who lie about what countries they have been in, not mentioning that they’ve come from Portugal for example, should be given ten years in prison. TEN YEARS! Which is three more years than you get for some violent firearms offences or sexual offences involving minors. But this unpleasant idea is only a continuation of the trend of the last year which saw the government continually ramp up fines to extraordinary levels for perceived infractions, for example reaching £10,000 for young people merely wanting to gather. We’ve never been closer to a police state.

In the late summer and autumn pubs had to shut at 10pm. All this did was force people out in greater numbers at once, often then going to each other’s houses, while landlords lost yet more valuable takings, sending them closer to bankruptcy. But then curfews have been a weapon of choice of dictators for many years.

Not preparing the NHS for winter

Multiple choice time. Several months away from winter, when the NHS is always under great pressure, and almost certainly will be under more due to a new virus on the scene, what do you do: 1) strain every sinew to ensure that the NHS can cope, or 2) bring out the sledgehammer of lockdown once more to smash down on millions of people’s lives? If you’re this government, you choose the latter.

Abandoning the strategy of offering sensible health advice in late March 2020, the government replaced it with waves of terror propaganda, some of which was found to have breached ASA guidelines (like when it claimed that joggers are ‘highly likely to have Covid-19’). A nadir was reached with the ‘look into their eyes’ posters in which actors lay on beds looking terrible for the camera, the implication being that YOU are a villain if you step out of line in even the tiniest way. The creation of a climate of terror also means that people are less likely to seek medical help generally, which is why deaths from strokes, heart disease and cancer have soared. It’s a horrible way to run a country, with baleful long-term consequences, and, again, is well established in the playbook of totalitarian regimes.

This might seem like something trivial, but it is not: for one thing the industry is worth £28.4 billion per year to the UK’s GDP and it is important for women and men’s self esteem and mental health. Hairdressers spent a fortune on Covid-secure measures and adhered to the government’s voluminous guidance, but still felt the jackboot on their throat once again come the winter. Germany, which is way behind Britain in the vaccination stakes (about 3% of their population is vaccinated, compared to about 30% of ours), is opening salons on March 1, whereas ours can’t trade until April 12. Yet 5,000 salons have already closed their doors for good because of lockdowns.

Not unknown, but massively talked up by the government as part of their “Let’s Scare Everyone To Death And Obliterate Civil Society” plan.

The long and winding road to freedom

So Johnson wants us not to be in lockdown again so he keeps us in lockdown? Yep, that’s the Johnson logic we’ve come to know and hate. And note how our freedoms were removed in a flash throughout the last year, and yet they are restored at a glacial pace. Every week of lockdown means that £10 billion that would have gone into the Treasury’s coffers does not, meaning that there will be less to spend on health care in the future. It beggars belief that this blinkered, short-term way of thinking is prevalent in our elected officials.

This list is not exhaustive. The charge sheet is long and lamentable and if there was anything approaching justice, Boris Johnson would resign as prime minister and retire from public life – the stain of shame from what he has been party to would nevertheless be on him for the rest of his days. As a start, it would be a wonderful thing if his party suffered extensive losses at the May local elections.