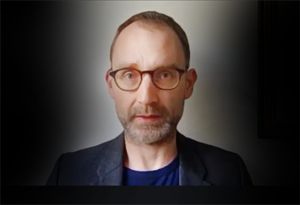 This is undoubtedly one of the most extraordinary stories of the entire ‘global pandemic’ which has turned the world upside down over the twelve months.

In an article published by Lockdown Skeptics by Derek Winton entitled, The Imperial Model and its Role in the UK’s Pandemic Response, the author rightly calls into questions to relevant scientific experience of who is arguably the UK government’s most consequential science advisor of the COVID crisis – the notorious Neil Ferguson from Imperial College.

Indeed, it was Ferguson who created the original fictional scenario which was used to convince the government and mainstream media that COVID would somehow cause over 500,000 deaths in Britain unless the government ‘acted swiftly’ to institute harsh ‘mitigation’ measures such as lockdowns, or as Freddie Sayers of UnHerd describes, a “forecast that in a scenario without interventions, 81% of the UK population would become infected, and that 0.9% of them would die, ie 510,000 fatalities. That, famously, was the scenario that bounced the UK government into changing its approach.”

Like with previous pandemic scares, Ferguson was not even close, and yet here we are again. Despite his epics failures, he still sits on the government’s venerated SAGE science conclave. But it’s not just problems with performance and competency, there is also the question of expertise. What makes Ferguson an expert of viruses?

It is here that Winton questions his qualifications, commenting, “The expertise of an expert is entirely relevant, indeed arguably it’s the only thing that is relevant. So let’s look at the qualifications of our expert.”

As it turns out, Ferguson hold no qualifications at all in the biological sciences – not as an epidemiologist, not as a microbiologist, virologists, or biological statistician. Instead, he received his Bachelor of Arts degree in Physics (1990) from Lady Margaret Hall in Oxford, followed by his Doctorate of Philosophy in theoretical physics (1994) form Linacre College, in Oxford. So claims in the media which had repeated described Ferguson as ‘one of the country’s top epidemiologists’ – are somewhat misleading. While Ferguson has worked on lots of computer modelling for various epidemics (and wildly inaccurate in many instances), he is not at all qualified to warrant any authoritative caché in field of biological sciences.

As with so many thing in media and government, it seems nobody bothered to check.

Winton reveals, “In an interview on the BBC’s Life Scientific, Ferguson conceded to not having an A-level in Biology. As far as publicly available information is accurate, he appears to have no formal training in computer modelling, medicine or epidemiology either.”

But it’s actually much worse than that. Many recoiled in horror after another Times in December 2020 when Ferguson openly admitted that he was guided (inspired?) by the unprecedented actions of the Chinese Communist Party who invented the brutal ‘lockdown’ method of social control to supposedly contain COVID in Wuhan province in early 2020.

“I think people’s sense of what is possible in terms of control changed quite dramatically between January and March,” he said.

According to Ferguson, both he and and the UK government’s increasingly shaky SAGE science committee regarded China experimental totalitarian lockdown policy as “innovative intervention”:

“It’s a communist one party state, we said. We couldn’t get away with it in Europe, we thought… and then Italy did it. And we realised we could.”

“If China had not done it,” he said, “the year would have been very different.”

This proves beyond any doubt that this science team entrusted by the UK government actually had no idea what they were doing at the time, and that there was no scientific basis at all for instituting draconian lockdown measures. It was all guesswork policy, and highly destructive at that. Policy which remains in place to this day.

As it turns out, important parts of the celebrated computer model which Ferguson used to invent the outlandish death predictions was not even fit for purpose. Among other problems, it completely left out seasonality as a variable in projecting the progress of a pandemic.

Lockdown Skeptics and author Derek Winton go on to chronicle some of Ferguson’s other past failure, leading even the casual observer to question how it was possible that he has been allowed to be involved in any government advisory position.

In addition to these debacles, Ferguson as goaded the British government with outrageous predictions about the disastrous Foot and Mouth disease crisis – which sparked the mass-culling of farm animals during the 2001 foot and mouth epidemic which cost the country billions of pounds, with most rural areas never recovering from the over-the-top government intervention.

Incompetent and unqualified, and he’s still employed. That’s your pandemic in a nutshell.

One Response to “Imperial Folly: Neil Ferguson Has No Qualification in Biological Sciences”