February 17, 2021 (Brian Berletic – NEO) – In a move that was entirely predictable after the UK’s Office of Communications (Ofcom) banned China’s CGTN from operating in the UK, China has reciprocated by banning BBC World News from broadcasting in China.

The BBC in its own article titled, “China bans BBC World News from broadcasting,” would claim:

China has banned BBC World News from broadcasting in the country, its television and radio regulator announced on Thursday.

China has criticised the BBC for its reporting on coronavirus and the persecution of ethnic minority Uighurs.

Without any sense of irony – and following the UK’s own banning of CGTN –  UK’s foreign secretary, Dominic Raab, claimed the BBC’s banning was an “unacceptable curtailing of media freedom.”

Part of China’s criticism, explained in a CGTN article titled, “China pulls BBC World News off air for serious content violation,” was that the BBC:

…seriously violated regulations on radio and television management and on overseas satellite television channel management in its China-related reports, which went against the requirements that news reporting must be true and impartial, and undermined China’s national interests and ethnic solidarity.

The BBC’s official statement in response to China’s recent banning of the British media corporation would claim:

The BBC is the world’s most trusted international news broadcaster and reports on stories from around the world fairly, impartially and without fear or favour.

Yet, China’s criticism of the BBC is far from a politically-motivated tit-for-tat from Beijing. It echoes complaints against the BBC from within the UK itself – and complaints that span at least two decades.
The BBC is Untrustworthy – Says the UK Itself
A 2003 Guardian article titled, “Study deals a blow to claims of anti-war bias in BBC news,” would reveal the BBC’s leading role in promoting the now verified lies that led to the 2003 US-led invasion of Iraq – a war that constitutes one of the worst crimes against humanity of the 21st century. 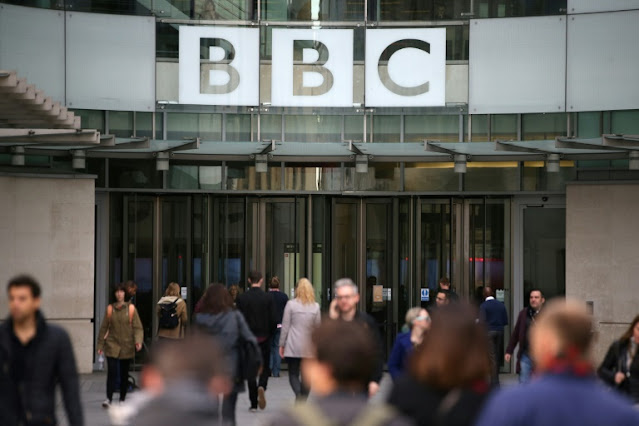 A Cardiff University study showed that the BBC “displayed the most “pro-war” agenda of any broadcaster.”
More recently, a November 2020 article from The National titled, “BBC: Ofcom report shows corporation’s impartiality score at record low,” would admit:

Fewer people believe the BBC to be an impartial broadcaster than ever before, with the corporation’s news output falling below Sky, ITV/STV, Channel 5, and Channel 4 in the latest Ofcom report.
The results make the BBC the lowest-ranked channel in the UK, with just five in 10 Scots believing it succeeds in “providing impartial news and information to help people understand and engage with the world around them”.
Trust in the BBC is slightly higher in the other UK nations, with six in 10 people in England, Wales, and Northern Ireland saying the BBC succeeds in that task.

Thus, the UK’s own Ofcom fully refutes the BBC’s claims of being “trustworthy,” “impartial,” or “fair.”
The BBC’s Long History of Undermining China
Those familiar with the BBC’s coverage of events unfolding within China are well aware of just how untrustworthy, partial, and unfair its coverage has been.
Whether it is reporting grisly terrorism in China’s western region of Xinjiang one year, then omitting mention of it to portray Chinese security operations in response to it as “oppressive,” or omitting any mention at all of the true historical context of Hong Kong’s “One Country, Two Systems” arrangement and Western interference deliberately organizing unrest in Hong Kong’s streets – the BBC operates more like an instrument of foreign policy somewhere between soft and hard power and even bordering the realm of an intelligence agency, than anything journalistic.
The BBC performs a similar role everywhere it operates – begging the question as to how long it will be until other nations start following China’s example and begin expelling the BBC from within their information space as well.
Aside from the “international norm” China is setting an example for, targeted nations could use the UK’s own Ofcom and its standards to determine the BBC as partial, unfair, politically-motivated, and acting inappropriately thus warranting expulsion.
This is not simply the silencing of a foreign state-funded and directed media organization, it is the expulsion of one of the worst propaganda operations of its kind – if not the worst.
Far from mere tit-for-tat – critics of China’s CGTN have yet to cite any examples of abuse that remotely matches that of the BBC over the past two decades. The BBC has directly abetted Western wars of aggression that have led to the deaths of hundreds of thousands of people and the ruining of the lives of tens of millions.
The BBC helped promote the wars of aggression against Libya and Syria in 2011 – the ongoing war in Yemen – and US-engineered regime change operations in places like Ukraine, Hong Kong, Thailand, and now Myanmar.
No nation would tolerate another nation’s military conducting information warfare openly within their borders.
The BBC all but does this under the guise of civilian journalism.
The trappings of civilian journalism should not be a deterrence from effectively dealing with this form of foreign interference. Instead, these trappings should be carefully peeled away before dealing effectively with the BBC itself, using mechanisms nations like Russia and China have used to retake and/or protect their respective information spaces – and even mechanisms the UK itself uses in an attempt to portray a well-regulated and healthy media within their borders.
Brian Berletic is a Bangkok-based geopolitical researcher and writer, especially for the online magazine “New Eastern Outlook”.