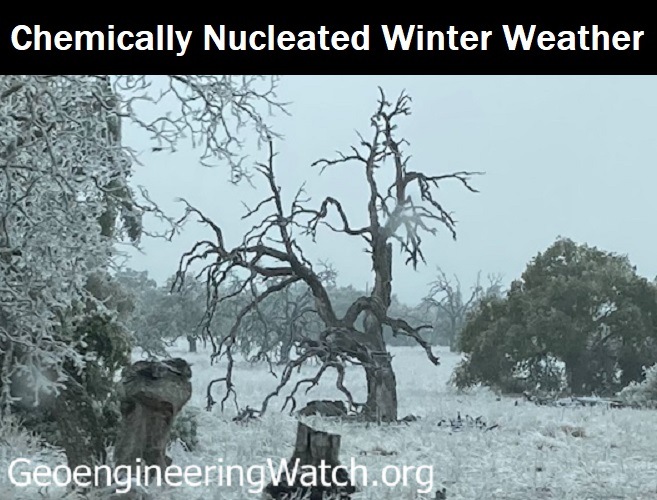 Dane Wigington of GeoengineeringWatch.org recently published another installment in his “Into The Wild” video series.

He refers to what recently happened in Texas and other states as “nothing short of winter weather warfare.”

The extremely anomalous surface cool-down in Texas and other parts of the world are not just random acts of Nature. Global climate engineering operations are not just a proposal, they have been an ongoing reality for over 70 years.

Erratic and unprecedented weather is radically increasing everywhere. Though there are countless forms of human activity affecting the equation, the global climate engineering programs are by far the single greatest and most destructive factor.

The geoengineers are manufacturing winter weather scenarios on a scale that can scarcely be comprehended, such operations are nothing short of winter weather warfare.

Ecosystems are being decimated by the climate engineering onslaught. No habitat, no humans. What will it take to bring the geoengineering issue to light, once and for all? (Source.)

Wigington then shows some photos taken near Kerrville, Texas. He states that the images reveal the consequences of “chemical ice nucleation” operations, which he claims is based off a patented process called the Knollenberg Patent. 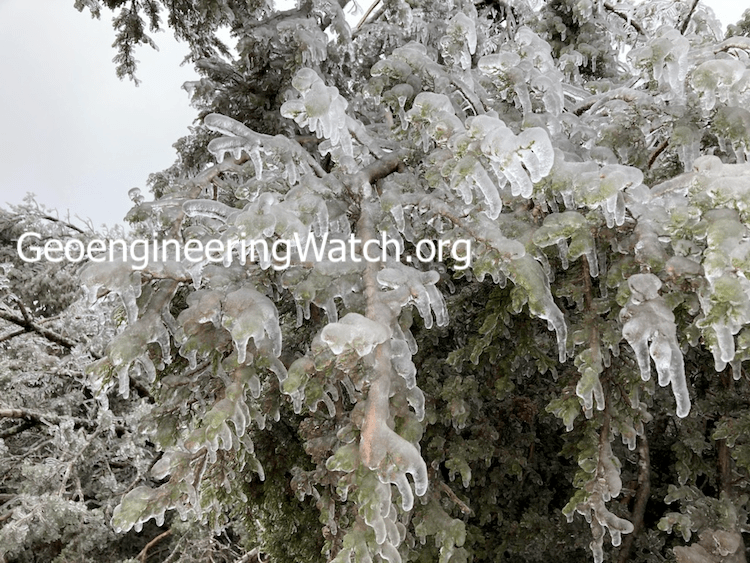 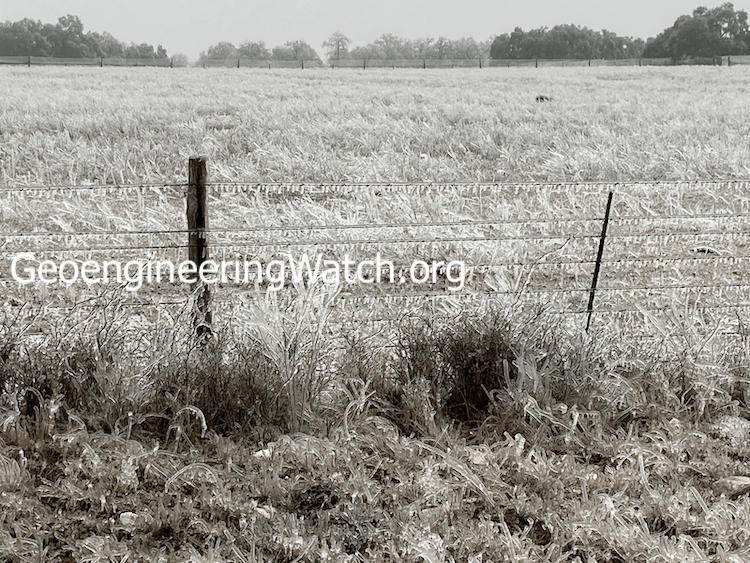 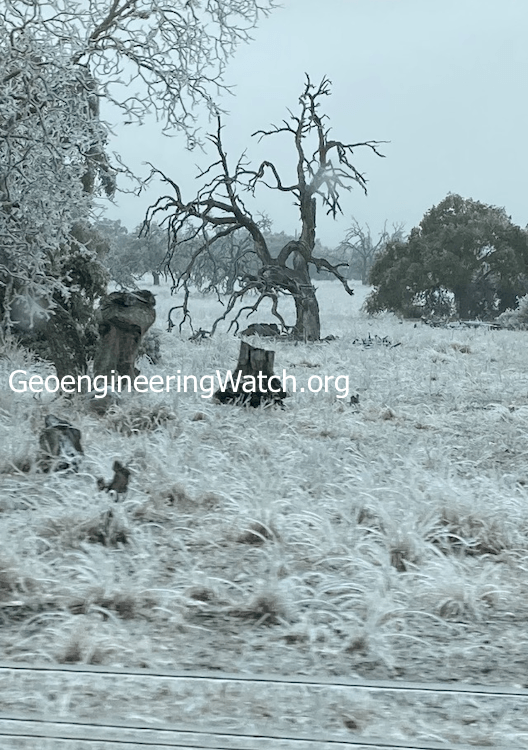 Watch the third installment of “Into The Wild,” where the consequences of engineered winter weather events are documented.

Read the full article at GeoengineeringWatch.org.

Some people living in Texas have also posted videos online allegedly showing that when they tried to melt the snow, it burned and turned black, but did not melt.