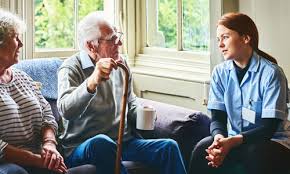 The miraculous Covid “vaccine” roll-out began on the 8th December 2020, prioritising care home residents and staff. By the 27th January the UK Government announced that 95% of all care home residents had been vaccinated, with Matt Hancock announcing on Twitter that more than 80% of the over-80’s had received at least one dose of either the Pfizer or Oxford jab.

The following numbers have been taken from official Office of National Statistics data for England and Wales, which can be found here.

Two days after authorities started to experiment on the general public with the Pfizer vaccine, there were a total of 2905 deaths due to all causes recorded in care homes during the 7 days previous to the 10th December 2020. The ONS reports that were also 736 deaths “involving” Covid-19 during the same week.

However just two days after authorities announced they had vaccinated over 95% of care home residents, there were a total of 4800 deaths due to all causes recorded in care homes during the 7 days previous to the 29th January 2021. The ONS also reports that there were 2505 deaths “involving Covid-19 during the same week.

This astronomical increase in care home deaths alongside the experimental “vaccine” roll-out is just too much of a coincidence to be brushed under the carpet.

The notorious ‘Full Fact’ site has of course carried out a “fact check” in relation to the vaccine and a claimed increase in care home deaths. But if you can bring yourself to actually read what they have to say then you’ll realise they’re not actually fact checking what you think.

The Full Fact site states that they are “fact checking” a Facebook post that states “deaths in care homes are up 81% since the start of the Covid-19 vaccination rollout”.

Full Fact state their verdict after carrying out a “fact check” as – “Deaths in care homes are up considerably, although we haven’t been able to replicate the 81% calculation. These are not deaths due to the vaccine. They are largely due to Covid-19 itself”.

But here’s what their “fact check” investigation actually covered –

‘But the exact figure is sort of beside the point. Deaths among care home residents did not increase because of the vaccination programme, but because Covid itself spread widely in December and killed far more people. The increase in deaths of care home residents is almost entirely the result of increased Covid-19 deaths. You would expect to see deaths anyway after vaccination, given the most vulnerable are being vaccinated as a priority, but that, on investigation, it did not appear vaccination played a role in any of the deaths reported as suspicious.‘

This reads to us as – ‘Because we (Full Fact) say the increase in care home deaths are not due to the Covid vaccines that means it is true and anyone who says otherwise is lying. Upon investigation – of which we are going to supply absolutely no evidence of to support our claim – it “appears” the vaccine wasn’t the cause so therefore the case is closed’.

A quick look up of the Full Fact trustees should really tell you all you need to know about anything this organisation has to say – see here.

So let’s crunch the numbers against some of the actual facts we know so far. If we look at the number of care home deaths due to all causes that occurred in the week up to the 29th January 2020, before the alleged Covid pandemic, you will find that according to ONS data only 3090 occurred in England and Wales.

Are we really to believe at a time when the NHS is supposedly overwhelmed that there would be 795 less deaths occurring in care homes than occurred on the same date in the previous year? There are only two possible answers, either Covid-19 deaths are being over stated – which we highly suspect they are as we’ve explained numerous times (see here) – or there really are this number of Covid-19 deaths occurring. But both these answers lead to more, serious questions.

If the Covid deaths are being overstated, then what has caused the 62% increase in care home deaths due to all causes in England and Wales since the start of the vaccine roll out?

But if Covid deaths are not being overstated, then why have we seen a 240% increase in care home deaths due to Covid-19 in England and Wales since the start of the roll out of a vaccine that is meant to protect against Covid-19?

Again it leaves just two answers. If Covid deaths are being overstated, then how can it be anything other than the vaccine that has lead to a 62% increase in care home deaths due to all causes? It’s just too coincidental. But if they’re not being overstated, then this is surely evidence that the Covid vaccines do not work?

The limited studies of the vaccines show that it takes up to two weeks for immunity to allegedly occur against the SARS-CoV-2 virus. There are approximately 410,000 care home residents in the UK. Matt Hancock has been proudly boasting how they managed to vaccinate over 500,00 people on the 12th February 2021 alone.

This is 90,000 more people than there are care home residents. Care home residents were “top of the list” and “first in line” to receive the experimental Covid jabs and they started the vaccine roll out on the 8th December. Eight weeks prior to the 240% increase in care home Covid deaths.

Based on Hancock’s constant boasting about how quickly and efficiently they are managing to vaccinate the public, the majority if the 95% of care home residents vaccinated by the 27th January would have been vaccinated a lot earlier. Meaning they should have been “immune” to the virus by the 29th January.