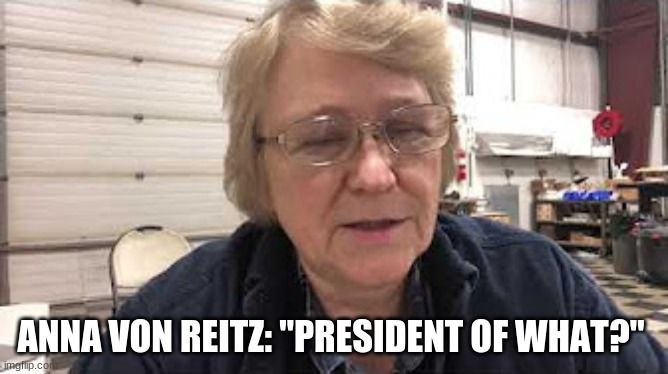 Our country has now entered the Biden/Harris era. What will this mean for our freedoms and rights? Anna Von Reitz gives a very interesting analysis of the current situation and offers an enlightening concept for serious consideration.

If you have been reading my posts or following along at all, what is Joe Biden now “President” of?

Another Municipal Corporation formed by himself and Nancy Pelosi and a few other bad actors.

So what? We don’t have a contract with their new corporation. It’s an entirely foreign entity. Foreign-owned. Foreign operated.

We have a contract with the Holy See called The Constitution of the United States, but that is a different matter entirely.

Now that the actual American Government is in Session, and the Municipal United States Government has been found guilty of fraud and violation of contract, it’s time for their paws to get out of our pockets, and for the Pope to pay his own program expenses.

Also, time for him to Cease and Desist any pretense that Americans are Municipal citizens of the United States just because his minions confer gift of citizenship on us— that we don’t want or need— without our knowledge or consent.

We recognize the fraud for what it is, and accept the gift and return it to a permanent domicile on the land and soil of The United States. We dry dock it and take control of it.

Now the foreign VESSEL is ours and under our Public Law. It has been re-flagged and all Municipal Employees are obligated to recognize these facts.

To give you an analogy, it would be like Mexico conferring Mexican citizenship on you and then claiming that you owe Mexican taxes. It’s an obvious fraud, and once you recognize the fraud, they are helpless to overcome it.

So now you know what to think and say next time the “Mexican police” — aka, the IRS, FBI, CIA, FEMA, MATANUSKA-SUSITNA BOROUGH, etc., come snooping around and pretending that you are a Mexican.

This is just an analogy. It could be the Canadian government trying to pull the same trick on you…. and under their Roman Civil Law, as long as you are deceived by this nonsense, you are fair game.

After all, if you don’t know who you are, that you are an American, and if you don’t have sense enough to object to their presumptions, if you don’t bring your own government into Session and self-govern—- heck, who is to fault if they think you are a Mexican?

Instead of thinking of that THING in Washington, DC, as “your” government, which it most certainly is not and never was—- think of it as a foreign embassy sitting on your soil— because in essence, that is what it is.

We already told the Chinese that they can come to collect all the property on the “one mile square” in the recoupment of the debts “the US” owes them, and be welcome to dump it all in the Atlantic, for all we care.

And as for the rest, the Municipality sits in the middle of another foreign entity, the District of Columbia, which is controlled by the Territorial Government — and is run by the United States Armed Forces.

Having been fully informed of the fraud committed against Americans the Territorial Government (Military) has encamped around the Washington, DC Municipality to (1) keep the peace and (2) enforce the constitutional limitations of the Municipal Government.

This is causing great consternation, but it’s okay. Everyone who took my advice and formed their State Assembly and all those who are “coming home” every day and joining their State Assemblies are sitting in the cat-bird seat and our country is perfectly safe.

The criminals who plotted all this are either: (a) long since dead, or (b) on their way to jail or (c) locked down in Washington, DC.

Just steer the course forward, depend on the military and the Church leaders to catch up with the nogoodniks, and do your Public Duty to Self-Govern. That will help President Trump more than you could possibly know.

Go to: www.TheAmericanStatesAssembly.net and weigh in today.

Expect that the Territorial (Military) Government will also be in a transition of its own, as it reorganizes as a republic and no longer operates as a Municipal CORPORATION. Be aware that governments at the Territorial level around the world will be making similar changes.

We need to keep our noses in our bailiwick and keep on doing our Public Duty to operate our State Assemblies and open our State Courts to serve our people. At that point, everything becomes much simpler for everyone. The Public Law once again becomes accessible for every American, the Constitutions click back into place and we all avoid a great deal of nastiness.

US Nuclear Target Map. Do You Live in The Danger Zone?

Learn all that you can about your own history.

And don’t mistake “US History” as being “American History” any longer.