Elijah J Magnier has learned that should Israeli forces launch more missiles into Syria the latter will now, with Russian backing, lob back missiles of its own against comparable Israeli sites

Syria will adopt a new rule of engagement with Israel now that Russia has taken a tougher and clearer stance on the conflict between Israel and the “Axis of the Resistance”. Henceforth, Damascus will be responding to any Israeli strike. If it damages a specific military target it will reply with a strike against a similar objective in Israel. Decision makers in Damascus said “Syria will not hesitate to hit an Israeli airport if Damascus airport is targeted and hit by Israel. This will be with the consent of the Russian military based in the Levant”.

This Syrian political decision is based on a clear position taken by Russia in Syria following the downing of its aircrafton September 18 this year. In 2015 when the Russian military landed in Syria, it informed the parties concerned (i.e. Syria, Iran and Israel) that it had no intention to interfere in the conflict between them and Hezbollah and that it would not stand in the way of Tel Aviv’s planes bombing Hezbollah military convoys on their way to Lebanon or Iranian military warehouses not allocated to the war in Syria. This was a commitment to remain an onlooker if Israel hit Iranian military objectives or Hezbollah convoys transporting arms to Hezbollah from Syria to Lebanon, within Syrian territory. It also informed Israel that it would not accept any attacks on its allies (Syria, Iran, Hezbollah, and their allies) engaged in fighting ISIS, al-Qaeda and its allies.

Israel respected the will of Moscow until the beginning of 2018, when it started to attack Iranian bases and Syrian military warehouses, though it never attacked a Hezbollah military position. Israel justified its attack against the Iranian base, a military facility called T4, by claiming it had sent drones over Israel. Tel Aviv considered violation of its neighbours’ sovereignty as its exclusive prerogative. Damascus and Iran have responded with at least one confirmed shooting down of an Israeli F-16. Israel started to attack Syrian warehouses, mainly where Iranian missiles were stored. Iran has replaced every single destroyed warehouse with other more sophisticated precision missiles, capable of hitting any objective in Israel.

However, Russia’s neutrality towards Israel in the Levant turned out to be quite expensive. It has lost more than Iran, especially after the downing of its IL-20, and with it, 15 officers highly trained to use the most advanced communication and espionage systems.

Russia then brought to Syria its long-awaited advanced S-300 missiles and delivered them to the Syrian army while maintaining electronic coordination and radar command. The S-300 poses a danger to Israeli jets only if these violate Syrian airspace. Tel Aviv has kept its planes out of Syria since last September but launched long range missiles against a couple of targets.

For many months, the Russian President Vladimir Putin refused to receive Israeli Prime Minister Benjamin Netanyahu. Only through real harassment by the latter did Putin finally accept to briefly meet with Netanyahu over lunch or around the dinner table during a large Summit or meeting of Heads of State, without however accepting any compromise or reconciliation. Russia has now taken a clear position and has no intention of extending its embrace or pardon to Israel. Russia felt that its generosity (by closing its eyes to Israel’s activities in Syria) was neither recognised nor sufficiently appreciated by Tel Aviv. 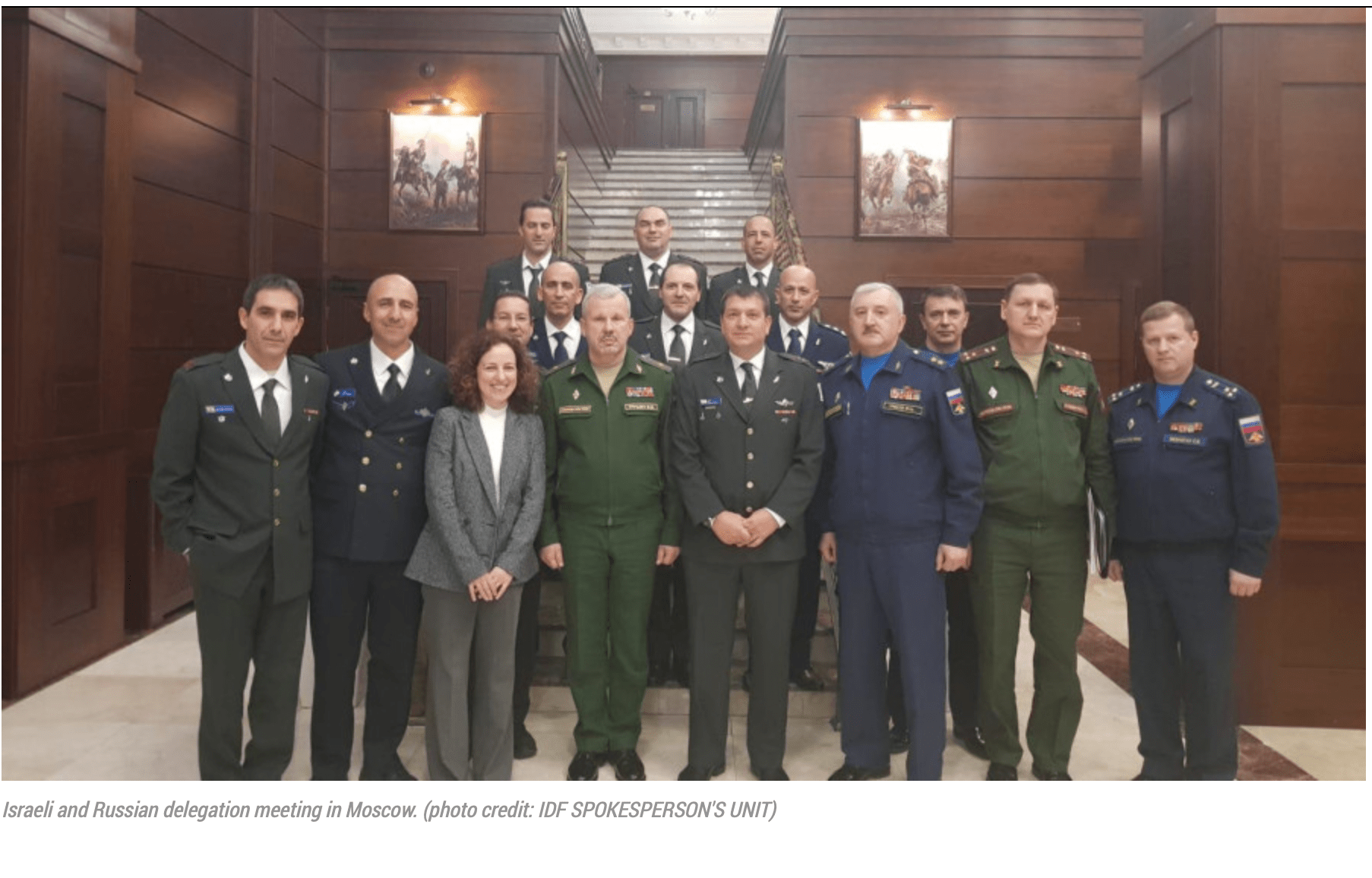 This week, Moscow agreed to receive an Israeli military delegation led by Major-General Aharon Haliva,  following Israel’s insistence on breaking the ice between the two countries. However, Russia’s position is not expected to change in Syria and no Israeli bombing of Syrian or Iranian targets will be tolerated.

According to these sources, “Russia has informed Israel that there are Russian officers present at every Syrian or Iranian military base and that any strike against Syrian or Iranian objectives would hit Russian forces as well. Putin will not allow his soldiers and officers to be struck down by Israel’s direct or indirect bombing”.

Moreover, Russia has given Syria the green light – said the source- to strike Israel at any time if and when Tel Aviv’s planes launch raids against Syrian military targets or launch long-range missiles without flying over Syria (for fear of the S-300 and to avoid seeing its jets downed over Syria or Lebanon).

The source confirmed that Syria – contrary to what Israel claims – now has the most accurate missiles, which can hit any target inside Israel. The Syrian armed forces have received unrevealed long and medium-range missiles from Iran. These operate on the GLONASS system – the abbreviation for Globalnaya Navigazionnaya Sputnikovaya Sistema, the Russian version of the GPS. Thus, the delivery of Iran and the manufacture of missiles inside Syria (and Lebanon) is now complete. Israel, however, claims it has destroyed Syria’s missile capability, including that of the missiles delivered by Iran. According to the source, Damascus controls a very large number of precision missiles, notwithstanding those destroyed by Israel. “In Iran, the cheapest and most accessible items are the SABZI and the missiles”, said the source.

The new Syrian rule of engagement – according to the source – is now as follows: an airport will be hit if Israel hits an airport, and any attack on a barracks or command and control centre will result in an attack on similar target in Israel. It appears that the decision has been taken at the highest level and a clear “bank of objectives” has now been set in place.

The rules of engagement are changing and situation in the Levant theatre is becoming more dangerous; regional and international confrontations are still possible. The Middle East will not be quiet unless the Syrian war ends—a war in which the two superpowers, Europe, Israel, Jordan, Saudi Arabia and Qatar, have played essential roles. The final chapters have not yet been written.