Hi Tap.  A most moving and very pertinent viewpoint of the Vietnam war and the evil facade that is American politics, from one who was there and qualified to speak of it.  Much respect to Gordon Duff. I’m amazed by the eerie similarities in relation to leaders of both uk/usa who routinely jump on the war wagon while never having been involved in combat themselves. Maybe it’s past time we both had real leaders with that background and sobering experience who at least fully understand the long term ramifications of sending young people off to wars.
Maybe then we would be spared the obscenity of seeing establishment and royalty “medalled” up to the rafters for any official/rememberance event when the genuine heroes have to follow up behind these pretentious scum when the closest they ever came to conflict was which symbol to use when playing monopoly etc.!!
Dave 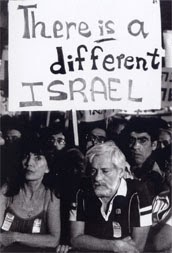 In this situation we are writing to you, highly cognizant of the crucial role which the International Community in general and the European Union in particular could and should play.
Specifically, we refer to the Council of Foreign Affairs resolution of 10 December 2012, in which the EU stated its commitment to “Ensure that, in line with International Law, all agreements between the State of Israel and the European Union must unequivocally and explicitly indicate their inapplicability to the territories occupied by Israel in 1967, namely the Golan Heights, the West Bank including East Jerusalem, and the Gaza Strip”.
Further, we refer to the guidelines published by the European Commission on 19 July this year, aimed at an implementation in practice of the above resolution.
As you must be well aware, the publication of the July 19 guidelines had a far greater impact in Israel than any earlier EU statement on this issue – for the simple reason that this was the first time that the EU went beyond a verbal disapproval of the settlements.
Specifically, Israeli participation in the European Horizon 2020 Project was made conditional upon the Government of Israel stating explicitly its adherence to the above principles.

The Netanyahu Government is faced with a grave dilemma, having in effect to choose between either promoting the settlement project or gaining the very considerable benefits which Israeli science, academic life and economy could derive from participation in Horizon 2020 – as these two goals were made mutually exclusive.

As published several times in the Israeli media, the Netanyahu Government hopes to avoid this dilemma by persuading the European Union to amend or “soften” your position. Moreover, there were references to such approaches by the Government of Israel featuring on the agenda of your September 6 meeting.

Gush Shalom – on the front lines – 2001. Uri is 90 now.
We would like you to know that many in Israel consider your recent position, as it stands, to be an expression of true friendship and concern towards Israel.
It is vital for Israel, our country, to adopt the norms of behavior prevailing among Western Democracies, of which Israel aspires to be one.
It is Israel’s existential interest to come to terms with the fact that in today’s world it is unacceptable to rule over another people by force, confiscate that people’s land and settle on it. The European Union would best help Israel’s true interests by insisting unflinchingly on this principle.
We are well aware that, as well as the above issue, you are urgently concerned with the situation in other countries in our region – notably, Syria and Egypt, and that these are very likely to figure prominently on the agenda of your forthcoming meeting.

It would be wrong to assert that all the Middle East’s problems derive solely from the Israeli-Palestinian Conflict. But it would be quite right to say that an end to Israeli occupation and a solution to our very long-lasting conflict could exert a positive, calming influence throughout the region.

Yours,   Uri Avnery and Adam Keller – On behalf of The Gush Shalom Movement

“The official reason for refusal of access was cited as being in line with the policy according to which Israel does not facilitate visits to the Gaza Strip which will strengthen Hamas. This decision is deplorable and without foundation,” Costello added.
The visit was coordinated with UNRWA, the UN agency for Palestine refugees, and followed a recent European Parliament vote to appropriate 300 million euros for “financial assistance to Palestine, the peace process and UNRWA,” the statement says.
By blocking European Parliament members from visiting Gaza, Israel is, among other things, preventing them from seeing how European taxpayers’ money is used.
Israel’s equation of Gaza with Hamas obscures the existence and suffering of nearly 1.7 million it is besieging in Gaza with devastating consequences.
http://electronicintifada.net/blogs/ali-abunimah/israel-blocks-european-parliament-members-visiting-besieged-gaza-strip

3 Responses to “The ghosts of Vietnam. Can the EU foster peace in the Middle east?”