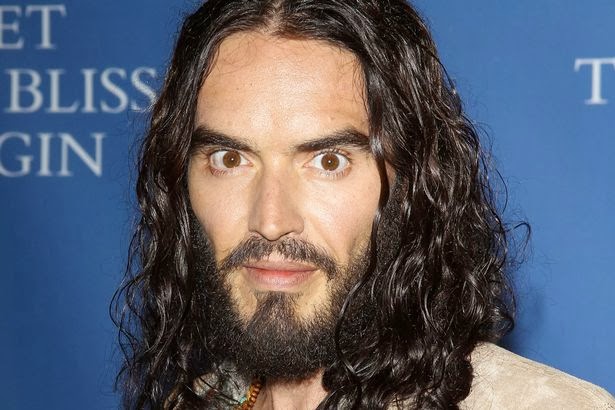 Russell Edward Brand was born in Orsett Hospital in Grays, Essex, England. He is the only child of photographer Ronald Henry Brand and Barbara Elizabeth Nichols.[4] Brand’s parents divorced when he was six months old, and he was raised by his mother. He has described his childhood as isolated and lonely.[5] When he was seven, a tutor sexually abused him.[6] When Brand was eight, his mother contracted uterine cancer and then breast cancer one year later.[7] While she underwent treatment, Brand lived with relatives.[7] When he was 14, he suffered from bulimia nervosa. When he was 16, he left home because of disagreements with his ill mother’s live-in partner.[7] Brand then started to use illegal drugs such as cannabis, amphetamines, LSD, and ecstasy.
In an interview on National Public Radio’s Weekend Edition Saturday, Brand says he had a strange relationship with his father, whom he saw sporadically and who took him to visit prostitutes during a trip to the Far East.
His theater debut was at the age of 15 in a school production of Bugsy Malone and began work as a movie extra. Brand attended Grays School Media Arts College and in 1991, he was accepted to the Italia Conti Academy and had his first year tuition funded by Essex County Council. After his first year at Italia Conti Academy Brand was expelled for illegal drug use and poor attendance.[9]

POST
Posted by Thomas Sheridan
It’s always amazing to me how so many people who consider themselves to be ‘awake’ – still consider their beliefs being stated on the mainstream by a celebrity as being a higher accolade/validation, than any other outlet/research, or even their own convictions.
Russell Brand is a pseudo-intellectual, overpaid, middle-class, media luvvie who is put out there by the BBC and the Guardian to make you forget all about Jimmy Savile and to quell your anger in a delusional state that he is ‘waking others up’.

Russell Brand is put on the TV screens to placate the ones already ‘awake’, and to put you back to sleep in the belief that this is some kind of victory. It’s isn’t – it is showbiz being used as a social engineering tool yet again.
You do not need the BBC or Russell Brand to validate your convictions if you genuinely feel that strongly about them. The truth is already self-evident. No mainstream media, political or celebrity validation required.

The Jimmy Savile horror show is the ultimate weapon we have in our arsenal which we can wake people up with. The BBC knows this, and so do their owners and personal friends of Jimmy Savile, the Royal Family. So they throw you a ‘truth bone’ in the form of celebrity Platitude Prosac Performance in the guise of Russell Brand talking about ‘revolution’ when in reality it’s about distraction.

Do not be bought off with this rubbish. Keep the Jimmy Savile anger raging – it is the key to bringing the whole pyramid down.
Russell Brand’s image is also very ‘Christ’-like and this is still a very powerful archetype people are wooed by. The Christ image was also utilised by CIA creation Jim Morrison to act as another pied piper for the anti-Vietnam War generation in the mid-late 1960’s. This is the same tactic being used again – forget your anger at the system – a celebrity will fight the revolution for you on the telly…

Although the segment is being marketed as Paxman versus Brand it should be really titled: THE BBC VERSUS YOU (again…).