Below is text from Muhtar Kent, Chairman of the Board and CEO at The Coca-Cola Company, circulated on LinkedIn

I’ve never been keen on Coca-Cola. I love water and wine. I’ve never been into ‘coloured sugar water’ drinks. I became increasingly aware of the potentially damaging affects of drinking Coca-Cola when informed about the artificial sweetener aspartame. I have long found it perplexing that product such as Coca Cola secure persistent sponsor association with sporting events. As a child the concept of buying bottled water seemed unlikely, unnecessary and even ridiculous. I would recommend where possible, invest in your own water bore hole and be independent.

“I would venture that almost everyone reading this post takes for granted their access to safe, clean drinking water.

Let’s be honest: most of us don’t think twice about it.

But for nearly a billion people today in parts of Asia, Africa and Latin America, this seemingly simple amenity of our daily life would be a tremendous luxury.

As a company whose business is totally dependent upon water, we are acutely aware of the worldwide crisis facing this precious natural resource. It’s why we’re working on projects with partners in business, government and the NGO community to find ways to better protect, preserve and enhance the world’s clean water supplies. In fact, I recently finished a trip to Liberia and South Africa and saw up-close the problems of broken and neglected wells, polluted rivers and streams, and substandard or simply non-existent municipal water systems. These aren’t isolated problems, either.

And no one feels the brunt more than women and girls. In rural Africa, more than a quarter of a woman’s day is spent fetching water from distant sources, often five or more miles away. The health implications of routinely hauling 40-pound containers over such long distances are equally staggering. And compounding this, the water being brought back to the villages is often dirty or contaminated with deadly diseases, all of which account for the tragic deaths of more than 2,000 children every single day! We can’t sit back and let this go on.

If you’ve ever talked to a mother who has lost her child from water-borne illnesses or seen the disfiguration of a spinal cord caused by carrying water thousands of miles over the course of a lifetime, you come away from that experience determined to help.

Bad water also has massive economic and social implications. Think about this: 40 billion working hours – which I am told is about 20 million full-time jobs – are lost to water collection every year. That’s invaluable time being taken away from families, careers, dreams and ambitions. In a world where every job and life is precious, we can’t continue along this path. It’s unsustainable for women and children, our communities and our global economy.

But we can change this trajectory. The lack of access to clean, safe, available water is no longer a natural or technical issue. Instead, it’s a matter of logistics, funding, efficiency and policy. Our water problems are solvable. At the same time, though, we understand that access to clean water is only one of the many challenges facing underserved communities.

This is why I am really excited about our EKOCENTER program, which we unveiled this week at the Clinton Global Initiative in New York along with our friend, the great American inventor Dean Kamen, and our respected partners from IBM, Inter-American Development Bank, McCann Health, NRG Energy, Qualcomm, TechnoServe and UPS.

EKOCENTER is a simple concept. In fact, it’s built inside a shipping container. It features a solar-powered water distiller – the Slingshot – developed by Dean that can transform dirty water from almost any source into 850 liters of pure drinking water a day. That’s enough for roughly 300 people. EKOCENTER can also provide phone charging, satellite uplink, household products, food and beverages and refrigeration for medicines.

In short, it can hydrate a small community, and deliver the benefits of modern technology and consumer goods. We also like to think of it as a “startup in a box” as it will provide employment to local entrepreneurs, many of whom will be women and young workers just setting out in their careers.

At the Clinton Global Initiative this week, we committed to placing 1,500 to 2,000 EKOCENTERs and Slingshot water purification systems in communities across Latin America, Africa, Asia and North America by 2015. These will complement the two pilot programs we’ve already launched in Paraguay and South Africa, where I had the privilege of opening the first EKOCENTER during my visit there.

While this is a relatively small first step, we think it’s an important step toward creating shared value in many communities around the world where we will proudly empower more women and youth while creating more sustainable, healthy, and productive communities.

I’d love to hear your thoughts and potential interest in getting involved with us in this important work.” 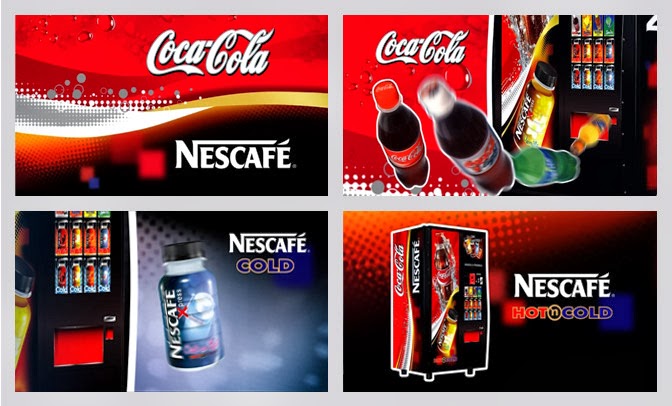 My first thought was I’m sure I’ve watched an online documentary whereby Coca-Cola were sucking dry the water supply somewhere in India to the detriment of the local community.
My second thought is The Clinton Chronicles:
http://www.youtube.com/watch?v=eLnZwwYlYP0

This must be a sanctioned Coca-Cola CEO statement, so respond to him. Tell him what you think. Ask him and the company questions.
http://www.coca-colacompany.com/contact-us/