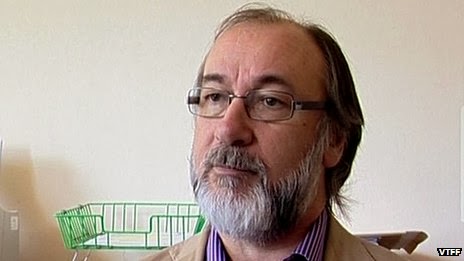 Unlikely he’s the only one………

The former leader of Kingston Borough Council has admitted possessing about 5,000 images of child abuse.
Derek Osbourne, of New Malden, pleaded guilty at Southwark Crown Court to 17 charges of possessing and distributing the images.
Osbourne had been the Lib Dem leader of Kingston Council for a decade when he was arrested in June. He then resigned.
The 59-year-old was told by the judge that it was a “virtual certainty” he would go to prison.
The court heard some of the children in the material were three years old and were subjected to rape and other sexual violence.

Of the images, 868 were at level four, and 50 were at level five – the most serious category.
In all, he admitted seven charges of making indecent images and videos of children, two charges of possessing them and six of distributing.
His secret life was very different than the public image he portrayed”
Keith Braithwaite Met Police
He also admitted two charges of having other images of “extreme pornography”.
Speaking after the court hearing, council leader Liz Green said: “Colleagues and acquaintances have expressed shock and sadness to me about Derek who was held in high esteem by many of us across the political divide.
“The news of his arrest for serious sex charges back in June came as a bolt out of the blue to all of us.”
She said the police told her that the offences did not relate to his role at the council and he did not have a council computer.
http://www.bbc.co.uk/news/uk-england-london-24355263
The Tap Blog is a collective of like-minded researchers and writers who’ve joined forces to distribute information and voice opinions avoided by the world’s media.