Hi Friends,
This message below is essential to share as far as you can. The filming of this poor lady, is desperately sad and should touch the hearts of  the viewers.  The incredible energy of the heart  needs to be turned into action as acquiescence is seen as acceptance. (Most of the abusers and murderers are devoid of any higher emotions and some have very different DNA to us…)

It will be very difficult for many of the unawakened to accept and believe that many of the hierarchy (especially the Royal families) which we have all been taught over many generations to bow to and respect, are in fact the Satanists. 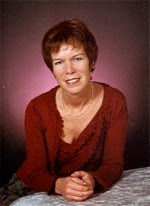 Let’s  send compassion and empathy to these beings and especially to the unawakened who will have a really difficult time in accepting the truth which is coming out in volumes. (Thank goodness…)

If you scroll down to the end of Kevin’s message, I have copied another youtube of Kevin, which is dated from May this year. I may have missed this to network

This is the title :-   Kevin Annett: Satanic torturers include Bilderberger founder Prince Bernhard

Love and light from Pen *

PS No coincidence that this morning in many main stream papers reported that many more hospitals are to be investigated for involvement with Savile and that will surely involve Satanic ritual.

See the evidence of Genocide in Canada and other crimes against the innocent at www.hiddennolonger.com and at the websites of The International Tribunal into Crimes of Church and State at www.itccs.org and www.itccs.tv .

An International, multi-lingual ITCCS site can be found at: http://kevinannettinternational.blogspot.fr/
The complete Common Law Court proceedings of Genocide in Canada are found at:

https://www.youtube.com/watch?v=CReISnQDbBE – Irene Favel, Eyewitness to the incineration of a newborn baby by a priest at Muscowegan Catholic Indian school, Saskatchewan, 1944

https://www.youtube.com/watch?v=RBUd3UXt6fI – Other key testimonies from our Court case against genocide in Canada

“I gave Kevin Annett his Indian name, Eagle Strong Voice, in 2004 when I adopted him into our Anishinabe Nation. He carries that name proudly because he is doing the job he was sent to do, to tell his people of their wrongs. He speaks strongly and with truth. He speaks for our stolen and murdered children. I ask everyone to listen to him and welcome him.”
Chief Louis Daniels – Whispers Wind
Elder, Crane Clan, Anishinabe Nation, Winnipeg, Manitoba