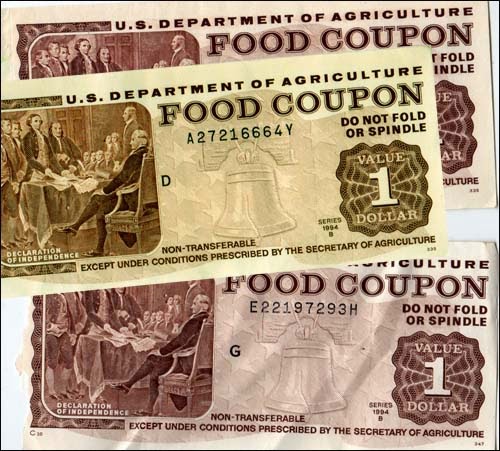 Needless to say, a lot of them are going to be very angry when they discover that they cannot buy as much food for their families anymore. The reason that this is happening is because a temporary boost to food stamp benefits that was put in during the last recession is expiring. But most of the people that are having their benefits cut will not understand this.

Most of them will just be very upset that the government is “taking money away” from them. And considering the “mini-riots” that we witnessed earlier this month when the system that processes food stamp payments went down for a few hours, it is obvious that a lot of food stamp recipients can very easily be pushed over the edge. So what would happen if we have another “debt ceiling crisis” in Washington D.C. early next year and food stamp benefits are temporarily cut off completely?

Wherever “austerity” has been tried in Europe, it has resulted in protests and riots. Could a similar thing happen in this country?

NBC News is reporting that ALL food stamp recipients are going to have their food stamp benefits reduced in November. This is certainly not going to put those living in poverty in a good mood…

Millions of American families could face a sparse holiday table when food stamps benefits get reduced in November, and that could be just the start of deeper cuts to the program to feed poor families.
That may not sound like a lot to you, but for those living on the edge of poverty it can make a huge difference.

What are impoverished families supposed to do? Eat a diet that consists entirely of Ramen noodles?

Of course the real solution would be to provide good paying jobs for those families, but unfortunately our leaders continue to pursue policies that are systematically killing American jobs so that is not going to happen.

Meanwhile, those living in poverty continue to become angrier and more frustrated.

We got a glimpse of this earlier this month. The following is a brief excerpt from a recent article posted on offgridsurvival.com…

Over the weekend, the debit system that allows people on government assistance to buy food, temporarily went down. The resulting chaos is a small glimpse at what I believe will happen, should the government plunge this country into some sort of economic collapse.

A couple of Walmarts in Louisiana decided to allow people to shop, even though the system was down and they had no real way of knowing how much credit people had on their cards. The resulting chaos had the store’s shelves in Springhill and Mansfield, LA stripped bare, as food stamp recipients attempted to defraud the grocery stores.

When the system went back online, the grocery store found people who had as little as .49 on their Food Stamp cards attempting to steal over $700 in food. Local police were called in as the crowd started to turn ugly, and overflowing grocery carts were left abandoned in the aisles.

But this is just the beginning. To get an idea of what is eventually coming to America, just check out what is happening in Italy right now…

http://www.presstv.ir/detail/2013/10/22/330721/massive-riots-expected-in-many-us-cities/
The modern-day food stamp plan, now called the Supplemental Nutrition Assistance Program, is scheduled to scale back benefits for all recipients on Nov. 1 because a recession-era boost in benefits is expiring.

And now it will be even lower.

The government says that a family of four will be getting 36 dollars less per month starting on November 1st.