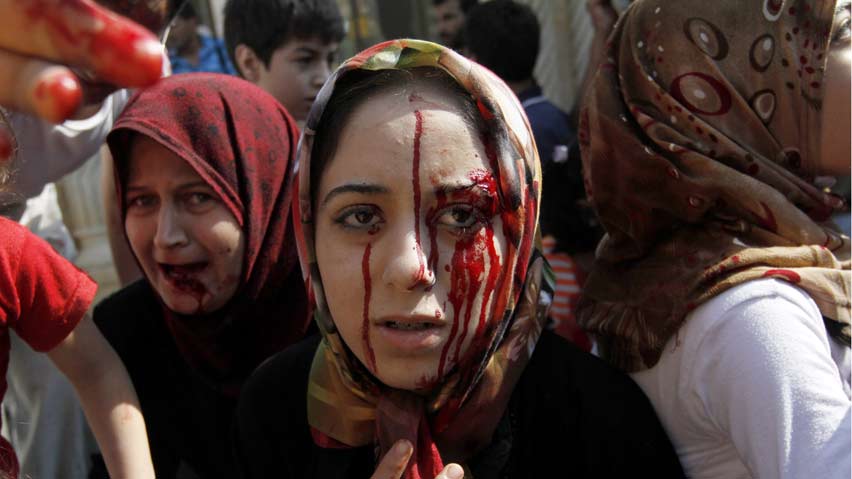 Why the US, UK, EU & Israel hate Syria

Adrian Salbuchi is a political analyst, author, speaker and radio/TV commentator in Argentina.
A young, soft-spoken girl living the Syrian tragedy spells it out with far more common sense, truth and honesty than powerful Western governments and their money-controlled mass media puppets.
Identifying herself only as “Syrian, Patriot, anti-Neocon, anti-NWO, anti-Zionist”, early last year she set up her own YouTube Channel (YouTube/User/SyrianGirlpartisan).
In a short (nine-minute) video she explains “eight reasons why the NWO (New World Order) hates Syria.”  We would all do well to listen in…
Her ‘Top Eight Reasons Why They Hate Us’ is an excellent wrap-up, applicable to just about every self-respecting country in the world: no Rothschild-controlled Central Bank, no IMF debt, no genetically modified foods, oil and pipelines, anti-secret societies, anti-Zionism, secularism and nationalism.
Her brief message unravels as a sort of common sense manual which explains why the United States of America, the United Kingdom, the European Union (especially France) and Israel are so keen on destroying Syria, a country whose leadership just won’t bow down to the New World Order elites embedded deep inside the Western powers’ own public (government) and private (corporate/banking) power structures.
She describes these eight reasons succinctly and convincingly, giving the world much food for thought and should hopefully inspire deep soul-searching. Especially amongst the people of the US, UK, EU and Israel who are the only populations that can put very direct pressure on their elected politicians in Washington, London, Paris, Tel Aviv and other Western capitals, forcing them to stop behaving like global criminals gone berserk, and to start heeding the word of We the People, in a responsible and democratic manner.

3 Responses to “Why we all hate Syria so much. Do we?”