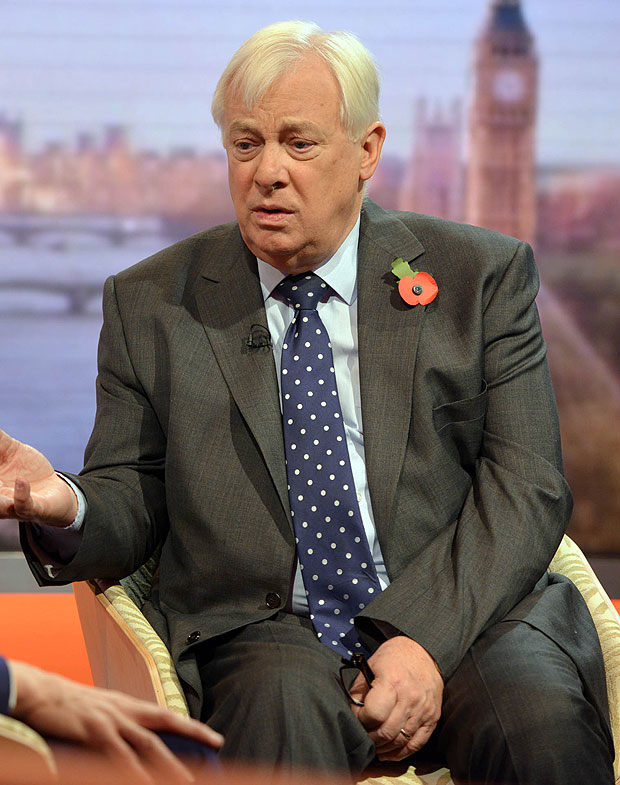 Why is the BBC Banging the War Drum on Syria? Just Look Who Runs It

The BBC flagship news programmes, news channel, online news service and radio news outlets have spent several days in constant hysteria about the probability of a second vote on Syria, after parliament rejected military intervention last week.  Why is the BBC obsessively attempting to answer a question only they are asking?  A look at the interests and characters running the organisation help explain their seemingly rabid hunger for war.
Who Runs the BBC?
The BBC Trust is responsible for granting licenses to all BBC outlets and stations, managing value for money on license fee payments and ‘the direction of BBC editorial and creative output’.  The Trust consists of 12 Trustees and is headed by Lord Patten.
Lord Chris Patten is a conservative peer and former governor of Hong Kong; he also happens to have 13 others jobs besides chief of the BBC.  These include an £80,000 year role as an advisor for oil company BP, and £40,000 a year from EDF Energy.  Some might well be surprised that the Chairman of the BBC Trust is receiving more pay from just these two advisory roles than the £110,000 a year he receives for his chairmanship of the BBC Trust.
A war with Syria would increase the price of oil, which would in turn increase profits for the likes of BP – not to mention the possibilities of access to Syrian oil reserves if an alternative, compliant regime were in place.  Energy giant (and employer of former US Vice President Dick Cheney) Halliburton made $39.5bn from Iraq related contracts over the last decade.  Oil prices have already risen on the back of the mere threat of military action, the BBC gleefully reported just days ago.
Syria aside – can we expect Lord Patten to have no conflict of interest in managing the ‘direction of BBC editorial output’ on matters such as Fracking, New Nuclear Energy and climate change when he is receiving more money from the energy industry than the media?[i]
The recently appointed Director of News and Current Affairs at the BBC, James Harding, is a former employee of the Murdoch Press. While Editor of The Times newspaper, he was responsible for exposing the identity of police blogger NightJack by hacking the bloggers email accounts – which hislegal team then covered up during a court case against the action.  Harding has also gone on the record as ‘pro Israel’.  This is the figure responsible for hiring the news teams, presenters and journalists who will report on matters of hacking, privacy, Middle East issues and of course the planned assault on Syria.
Raffi Berg, Editor of the BBC News Website, was outed for clenched teeth inducing behaviour in a report by Electronic Intifada.  During the 2012 eight day assault by Israeli forces on the Gaza strip, in which hundreds of Palestinians were losing their lives, Berg was emailing journalists with ‘guidance’ to maintain a pro-Israel tone in their reports.  This from the report:
In one, he asked BBC colleagues to word their stories in a way which does not blame or “put undue emphasis” on Israel for starting the prolonged attacks. Instead, he encouraged journalists to promote the Israeli government line that the “offensive” was “aimed at ending rocket fire from Gaza.”
This was despite the fact that Israel broke a ceasefire when it attacked Gaza on 14 November, a ceasefire which the Palestinians had been observing — firing no rockets into Israel.
In a second email, sent during the same period, Berg told BBC journalists: “Please remember, Israel doesn’t maintain a blockade around Gaza. Egypt controls the southern border.” He omitted to mention that the United Nations viewed Israel as the occupying power in Gaza and has called on Israel to end its siege of the Strip. Israel’s refusal to do so is a violation of UN Security Council Resolution 1860.”
Now, it behoves us never to make simplistic links.  However, if one were seeking an independent opinion on a military intervention in the Middle East, surely one would not rely on the opinion of paid employees of energy companies that would directly profit from such action, or those with a declared personal bias to one of the nations in the region most likely to benefit.  Yet, this is what we are doing when we rely on the BBC as a news source.
http://scriptonitedaily.wordpress.com/2013/09/03/why-is-the-bbc-banging-the-war-drum-on-syria-just-look-who-runs-it/
The Tap Blog is a collective of like-minded researchers and writers who’ve joined forces to distribute information and voice opinions avoided by the world’s media.

8 Responses to “Why is the BBC banging the war drum all day?”