Here’s the evidence.  Open and shut case, in my view.  They announced the collapse of WTC 7 with the building in view, still standing behind the announcer/actor’s head.  Twenty minutes later, it fell down, as if from nowhere, with no impact from any aeroplane. 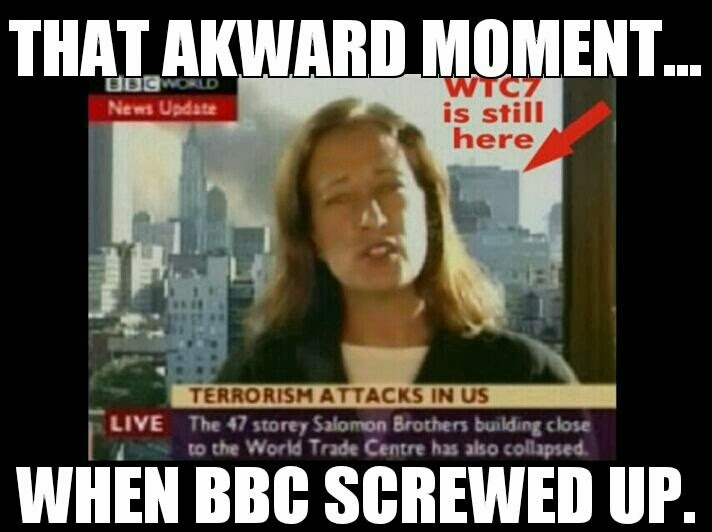 4 Responses to “West Sussex Police begin an investigation into 911, and the BBC’s role in it”