(RedFlagNews) – UPDATE: September 8, 2013 — This story never went anywhere with the American mainstream media. Very interesting considering the recent and fluid Syria developments with Obama right now…
Unreal.
‘A large fleet named “Mol Comfort” carrying Arms for FSA from the U.S. has crashed in the Indian Ocean as it made its way from Singapore to Jeddah, on board were 4,500 containers loaded with arms for the Syrian rebels’
‘MOL Comfort sank due to yet unclear reasons, sailing from Singapore to Jeddah and after that to North Europe, leaving behind hundreds of drifting containers and a huge aftershock hitting liner sector and all of the maritime industry.
Even the scale of the consequences is hard, impossible, to estimate, not to mention consequences themselves. This is the 1st case in liner sector, when modern ocean-going liner container vessel (built in Japan!) sank in the ocean after breaking in 2 parts, like a poorly built and managed bulk carrier or over aged coaster. Nothing like this ever occurred, and no one believed it was possible, even theoretically. It just could not happen, but still, here it is.’
H/T Before It’s News… and Vessel Finder…. 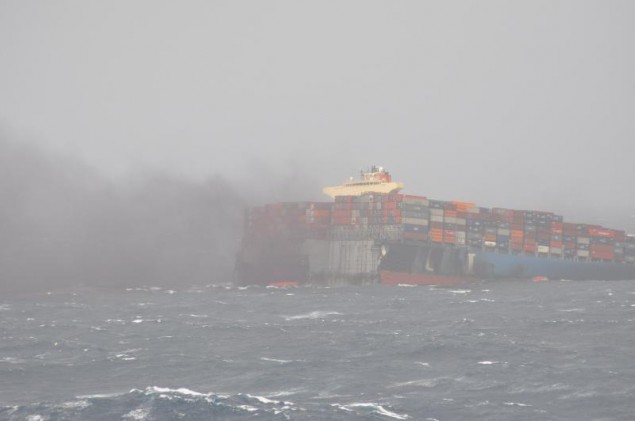