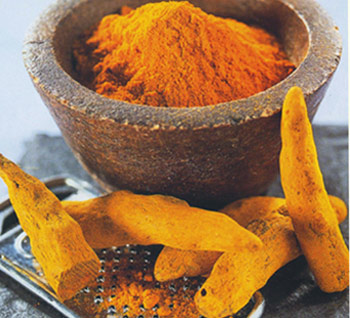 The powers of some foods to heal and nourish are so impressive and varied that these foods should be included in our weekly if not daily diets without exception. In recent years, modern science has uncovered so many remarkable qualities in turmeric in particular for the spice’s amazing potential to prevent and heal various health issues. Some research even shows how turmeric can boost oral health greatly, offering support for issues like gingivitis, mouth cancer, and much more.

The health benefits of turmeric are amazing, with several studies connecting turmeric and oral cancer treatment and prevention. One of the more recent studies indicates turmeric can reverse precancerous changes in the mouth. As GreenMedInfo reports, there are also more than a dozen studies linking it to oral cancer cell death. Recently, researchers revealed that nanoparticles loaded with turmeric extract could actually kill oral cancer cells that had proven resistant to chemotherapy treatment.
Though turmeric is most commonly thought of as a curry spice, it’s versatile and can be added to anything from fish and eggs to smoothies and salads. Further research indicates the more time turmeric spends in your mouth, the healthier that mouth might be.
Last year, in the Journal of Indian Society of Periodontology, a study showed that turmeric could be as, if not more, effective as a traditional mouthwash in the treatment of gingivitis.
Gingivitis is a periodontal disease characterized by bad breath, bleeding, and inflamed gums. Left untreated it can lead to more destructive periodontal disease. Generally, mouthwashes using chlorexidine are used to treat this condition. And while complications involving this compound are rare, they can include anaphylactic reactions.
The study had subjects rinse their mouths twice daily with either a 0.1% curcumin (turmeric) extract mouthwash or a traditional mouthwash solution using 0.2% chlorexidine. Despite the chlorexidine solution being twice as concentrated as the turmeric solution, the turmeric solution outperformed the traditional mouthwash in all three measurements. The turmeric reduced plaque, gingivitis symptoms, and bacterial activity at rates greater than the traditional mouthwash.
Despite this, the researchers, “in the characteristically conservative style of academia”, suggested turmeric mouthwash had “comparable anti-plaque, anti-inflammatory, and anti-microbial properties” as the traditional chlorexidine mouthwash.
Although the researchers didn’t come out and say turmeric was more effective than the traditional mouthwash, their numbers spoke for them. Plus, when you consider all of the health benefits of this brightly hued root, the benefits of such a mouthwash could be multiplied when you swallow it after your rinse!
http://naturalsociety.com/turmeric-oral-health-gingivitis-mouth-cancer-more/
The Tap Blog is a collective of like-minded researchers and writers who’ve joined forces to distribute information and voice opinions avoided by the world’s media.