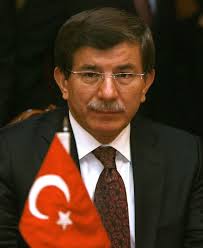 glad to see your blog is apparently working normally again. David Icke has a new look to his website. Not sure I’m overly impressed yet, though I’m sure it has its advantages and I’ll get used to it.

I e-mailed a Turkish colleague this morning:

I don’t understand why the Turkish government are so determined to hit Assad. It’s unlike the Turks to go out of their way to create trouble with neighbours:
http://www.hurriyetdailynews.com/more-massacres-to-come-if-al-assad-gains-time-turkish-fm.aspx?pageID=238&nID=54152&NewsCatID=338
It is clear to the public in different countries, even the USA and UK, that the chemical weapons attack was not necessarily by Assad, and perhaps even organised by outside forces and mercenaries, funded by Saudi and Qater… The UK and US governments have had to pull back due to public pressure. Why is Foreign Minister Ahmet Davutoğlu & co taking such an uncompromising stance against the regime of Syrian President Bashar al-Assad?

My Turkish colleague promptly responded:
He is the dog of US and UK that’s why he is barking…

Later this afternoon, while working – I’m a painter and was attending painting business activity – and listening to the radio, BBC 5 Live presenter Shelagh Fogarty talked about Health Secretary Jeremy Hunt saying NHS hospital staff must have the flu jab – or face losing funding. Shelagh Fogarty asked why vaccination wasn’t compulsory?
http://www.bbc.co.uk/programmes/b039pbkd
Hey Shelagh, try plugging your BBC brain in and check out Dr. Mercola, Dr. Blaylock, Jeffery Smith… The Tap Blog!
Just try Richard Bacon on BBC 5 Live. He really is a twit. How do they get these jobs? And the taxpayer pays them! Such tripe.

Even later I heard ‘posh’ speaking Frank Gardner commenting on Syria. This man is always presented as an authoritative voice. It’s funny how ‘posh’ voices are so often associated with authoritative knowing. His credentials are apparently impeccable. Of course, I don’t know him. Perhaps he’s charming company, though I doubt it. I can’t stand him on my radio. I find his journalistic commentary appallingly lacking. He’s a twit. But, in September 2012 he revealed that Queen Elizabeth II had been upset some years earlier that Abu Hamza al-Masri could not be arrested. The BBC apologised later that day for the revelation. Oh my goodness, stop press and let’s all reevaluate our priorities! Yep, he’s a twit.

I talked to art critic friend Brian Sewell on the phone about private art business matters. BBC Today presenter once described Brian’s spoken tones as making the Queen sound common. It’s perhaps one of the few amusing comments John Humphreys has ever made. Between other issues, including the linguistic derivation of the word ‘cunt’, Brian mentioned how politicians simply do not appear to think anymore. Of course, I agree. They are mostly disgraceful excuses for public representatives. I love Brian, and no, not that way. My penchant is female, but Brian is entertaining, forthright and funny.

Every time I hear BBC vaccination promotion or comment on how awful Assad must be, I have a visual image of my hands around BBC presenter necks, then slapping their faces – fools, idiots, fools, idiots… I am acutely aware of unconditional love philosophy, so quite where visualisation of wringing necks fits into my karma, I’m not sure.

At some point I intend to ask Brian about Anthony Blunt. Perhaps only the likes of Tap readers are likely to appreciate the intricacies of such a subject discussion with such a person.

Anyway, Graham Hancock has sent through: Forget Dan Brown, this is the real thing: The Real Mystery Surrounding Dante and the Inferno:

Whoah. This turned out a long comment. Syria. Must have been things on my mind. 9/11 tomorrow. Good to see your blog is up and running properly Tap.

One Response to “Turkish foreign minister is the dog of the USA and the UK. That’s why he’s barking at Syria.”