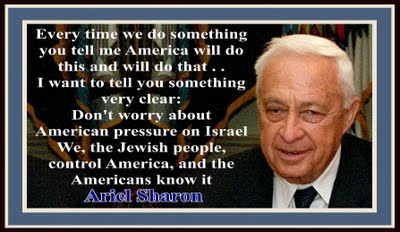 5 Responses to “THE REAL PROBLEM IS NOT SYRIA; IT’S AMERICA, AND THE JEWS, WHO HAVE TWISTED IT INTO A MONSTER”