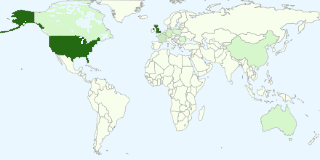 Grand total – 310,000
Tap Blog readership has seen a big change this month.  Tracking and being part of the alternative media reporting on events unfolding in Syria and elsewhere has drawn in many US readers curious as to what was going on.  US media was very slow to tell Americans what was really happening, as Obama lost control, and they turned to British media and British alternative media in an attempt to find out.  The vote in Parliament which rejected war in Syria was a world-changing moment, and British media and alternative media were inevitably a part of that.
So far this new readership has stayed with us.  These are Google page download stats for the last month.  I don’t pay for Sitemeter any more, so this is the best I’ve got.  US about 30%.  UK about 30%.  ROW 40%.

As usual I thank the contributors for their superb submissions this month.  You know who you are.
The Tap Blog is a collective of like-minded researchers and writers who’ve joined forces to distribute information and voice opinions avoided by the world’s media.

8 Responses to “Tap Blog gets bigger audience Stateside than UK”