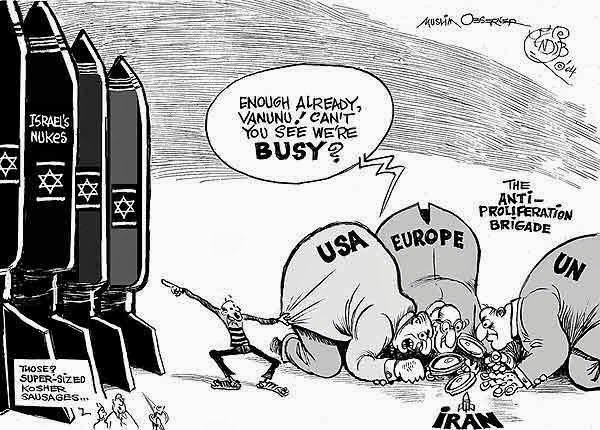 Russian President Vladimir Putin said on Thursday that Israel’s alleged nuclear weapons stockpile only serves to make the Jewish state “a target” and creates “foreign policy problems.”
Putin’s comments, reported by AFP, came in response to questions from reporters on the US and Russia-brokered deal to put Syria’s chemical weapons arsenal under international supervision.
According to AFP, Putin said that Syria had developed chemical weapons “as an alternative to the nuclear weapons of Israel.”
The Russian president claimed that “the technical advantage of Israel – we need to say this directly – is such that it doesn’t need nuclear weapons. Israel is already in a technical military sense several heads above the countries in the region.”
Putin added that “nuclear weapons just make it a target. They just create foreign policy problems.”
The chemical weapons deal with Syria has increased pressure on Israel to join the Nuclear Non-Proliferation Treaty.
Some 190 states have joined the NPT, whose goal is to prevent the spread of nuclear weapons and weapons technology.
Of the world’s nuclear powers, only four have not joined the treaty. Of these, India, Pakistan and North Korea have all openly tested nuclear weapons. Israel continues with its policy of nuclear ambiguity.
Israel has refused to sign the NPT despite pressure from the international community.
http://www.jpost.com/Middle-East/Putin-Israels-nuclear-weapons-just-make-it-a-target-326567

The United States is planning to test nuclear missiles next week on the same day that heads of states and foreign ministers from around the world are to hold a high-level meeting on nuclear disarmament at the United Nations headquarters in New York.

The US has scheduled two test launches for its nuclear-capable Intercontinental Ballistic Missiles (ICBMs) on September 22 and September 26.

The first nuclear missile will be launched one day after the International Day of Peace and the second one is expected to be launched on the same day the UN’s high-level meeting on nuclear disarmament will take place in New York.

“Instead of honoring the significance of these dates and working in good faith to achieve nuclear disarmament, the United States has chosen to schedule two tests of its Minuteman III Intercontinental Ballistic Missile on September 22 and September 26,” Rick Wayman of the Nuclear Age Peace Foundation told the Daily Times.

“We are disappointed that a test launch is scheduled for the same day as the High-Level Meeting on nuclear disarmament at the UN in New York,” Wayman said.

“These missiles are designed to carry nuclear warheads capable of killing thousands of times more people than the chemical weapons used in Syria,” he pointed out.

Washington has accused the government of Syrian President Bashar al-Assad of using chemical weapons in an attack near capital Damascus onAugust 21.

Damascus has categorically rejected the allegations and even Obama’s top aide, White House chief of staff Denis McDonough, admitted that Washington’s claims were based on a “common-sense test” not any “irrefutable” evidence.

Meanwhile, Russia has said it has evidence which shows militant groups operating in Syria staged the August 21 attack to incriminate the Syrian government.