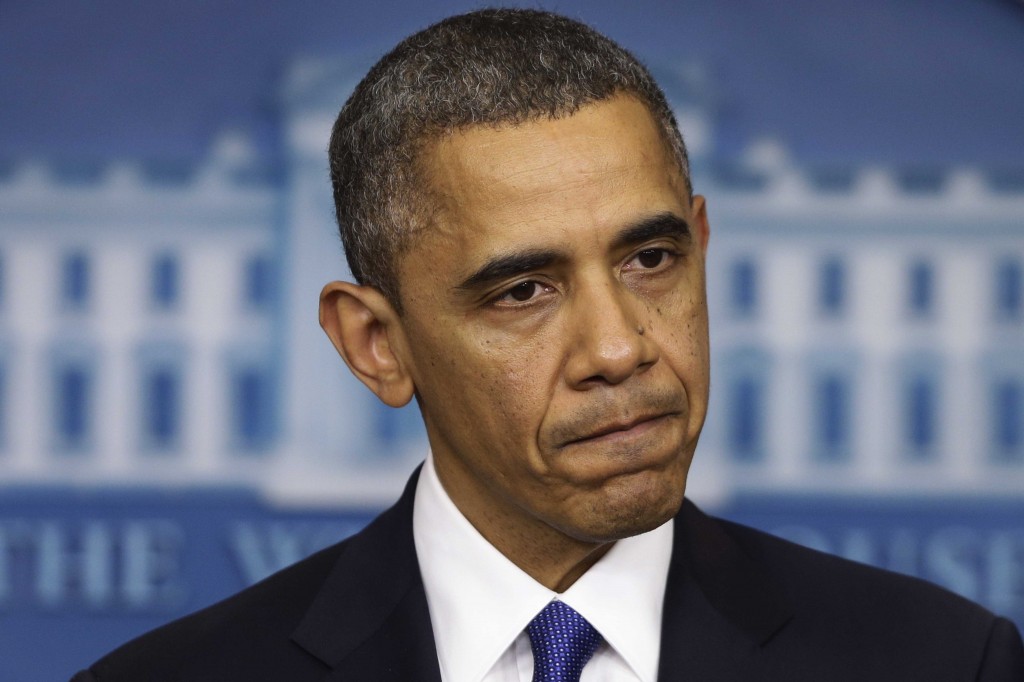 When presidents fail, it is a public spectacle. In his rush into unprovoked war against Syria, President Obama overplayed his hand. Shortly before he appeared on television on Tuesday, “Obama’s handlers advised him that his political position was, for the time being, untenable.” But he’ll soon be back on the warpath, meaner and more aggressive than ever.

We must stop using the language of force and return to the path of civilized diplomatic and political settlement.
A new opportunity to avoid military action has emerged in the past few days. The United States, Russia and all members of the international community must take advantage of the Syrian government’s willingness to place its chemical arsenal under international control for subsequent destruction. Judging by the statements of President Obama, the United States sees this as an alternative to military action.
I welcome the president’s interest in continuing the dialogue with Russia on Syria. We must work together to keep this hope alive, as we agreed to at the Group of 8 meeting in Lough Erne in Northern Ireland in June, and steer the discussion back toward negotiations.
If we can avoid force against Syria, this will improve the atmosphere in international affairs and strengthen mutual trust. It will be our shared success and open the door to cooperation on other critical issues.
My working and personal relationship with President Obama is marked by growing trust. I appreciate this. I carefully studied his address to the nation on Tuesday. And I would rather disagree with a case he made on American exceptionalism, stating that the United States’ policy is “what makes America different. It’s what makes us exceptional.” It is extremely dangerous to encourage people to see themselves as exceptional, whatever the motivation. There are big countries and small countries, rich and poor, those with long democratic traditions and those still finding their way to democracy. Their policies differ, too. We are all different, but when we ask for the Lord’s blessings, we must not forget that God created us equal.

Most Americans don’t have one clue –