U.S. government is committing Treason against All it’s citizens. NSA Hands ALL Raw Spying data to Israel of U.S. citizens, including Governments and Officials around the World. 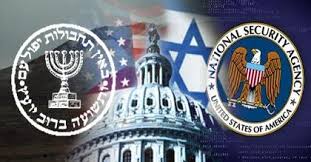 More and more truth is coming out from Snowden documents.

The NSA provides raw spying data of U.S. citizens, government officials from around the world to Israel.   They

are giving Israel the raw data, without anyone in the U.S. looking at it first.    Oh, they are suppose to destroy
any information given about elected U.S. government officials and keep the information from U.S. citizens only
one year.  Of course we can trust that is happening.

So, we have a government here in the U.S. that doesn’t just spy on their citizens but it appears it is doing it for

another country.  Doesn’t it appear that Israel has enough influence already on U.S. policy?   It appears that now
Israel is able to control our spying and thus they are able to control our elected officials through information from
them being spied on.

for another country to essentially control all that is happening.

So, Israel has been able to get all the raw data from the NSA spying on all the UN officials?  Is Israel been able

to get all the raw data of spying on other government officials and the citizens of other countries?

We lost our freedoms for a country that commits horrible crimes against humanity every day.  They have

attacked people in Gaza with chemicals, they have stopped food from getting into areas and have starved the
people to death.  They have committed horrendous crimes against people and still do.

It seems to me that TREASON is being committed against the people!  It appears that our whole government is

treasonous as they are providing information to a ‘foreign’ government that is personal and I would assume a lot of
it is ‘top secret’ from government officials around the world.

This is when NDAA needs to come into affect!  All NSA and government officials and all those who have

committed TREASON against our country need to be arrested immediately!  It is treason to go against our
Constitution first and foremost by spying on everything we do but to give it to a foreign country is doubly
treason!

I see it as NSA is the spying organization for another country and they pass information on about our government
officials communications besides the citizen’s communications. Then Israel is able to use that information
AGAINST those in our government and the citizens.That as treason. Aiding and abetting another country
where they can gain the upper hand.

WE THE PEOPLE DEMAND THE TREASON BE RESPONDED TO!

The Guardian article has a very interesting first comment:

“EVERY TIME WE DO SOMETHING, YOU TELL ME

AMERICANS WILL DO THIS AND WILL DO THAT. I
WANT TO TELL YOU SOMETHING VERY CLEAR: DON’T
WORRY ABOUT AMERICAN PRESSURE ON ISRAEL;
WE, THE JEWISH PEOPLE, CONTROL AMERICA. AND
THE AMERICANS KNOW IT.”   —
Israeli Prime Minister Ariel Sharon October 3, 2001 (IAP News)