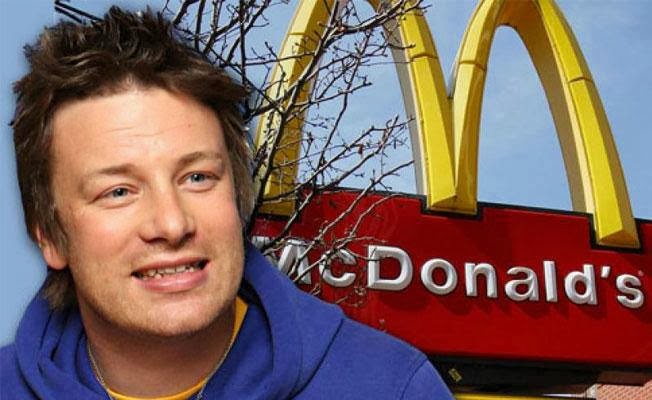 Hamburger chef Jamie Oliver has won his long-fought battle against one of the largest fast food chains in the world – McDonalds. After Oliver showed how McDonald’s hamburgers are made, the franchise finally announced that it will change its recipe, and yet there was barely a peep about this in the mainstream, corporate media.
Oliver repeatedly explained to the public, over several years – in documentaries, television shows and interviews – that the fatty parts of beef are “washed” in ammonium hydroxide and used in the filling of the burger. Before this process, according to the presenter, the food is deemed unfit for human consumption. According to the chef and hamburger enthusiast, Jamie Oliver, who has undertaken a war against the fast food industry, “Basically, we’re taking a product that would be sold in the cheapest way for dogs, and after this process, is being given to human beings.”
Besides the low quality of the meat, the ammonium hydroxide is harmful to health. Oliver famously coined this the “the pink slime process.”
“Why would any sensible human being put meat filled with ammonia in the mouths of their children?” Oliver asked.
The Tap Blog is a collective of like-minded researchers and writers who’ve joined forces to distribute information and voice opinions avoided by the world’s media.