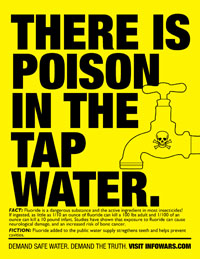 Israel has blocked the international development organization Oxfam from bringing vital equipment into the Gaza Strip to help make drinking watersafe.
“The blockade on Gaza prevented Oxfam’s public health programme bringing in a chlorometer to help get right chlorine levels to clean water,” Ben Phillips, the organization’s Campaigns and Policy Director tweeted from Gaza today.
More than 90 percent of Gaza’s water supply is unfit for human consumption due to years of Israel’s deliberate destruction of sewage and water infrastructure, its ban on imports of equipment and pollution and over-extraction of the only underground aquifer.
As a consequence waterborne illnesses are widespread.
Phillips said that Oxfam “made an application [to Israel] to import” the equipment, but “[A]fter 8 months without agreement we had to use less effective processes instead.”
These apparently did not work. The equipment was to be shipped via Israel from a German manufacturer, Phillips added.

An Oxfam supported water filtering system. Because in Gaza, 95% of the water is not safe to drink. pic.twitter.com/MXrTIdOMw2
— Ben Phillips (@benphillips76) September 8, 2013

No water to wash your face

In addition to the poor quality of water, only a quarter of households receive running water every day, during several hours only.
The permanent electricity crisis means that water can frequently not be pumped and many Palestinian households must buy expensive bottled water.
“There is no water at all. I don’t even find a drop to wash my face,” Gaza student and writer Malaka Mohammed tweeted yesterday. “As a result [I] had to buy it!”

Today in #Gaza. Three scenes I saw. There is no water at all. I don’t even find a drop to wash my face. I, as a result, had to buy it!
— Malaka Mohammed (@MalakaMohammed) September 7, 2013

Life conditions for Gaza’s almost 1.7 million residents have deteriorated sharply since the 3 July military coup in Egypt.
Since the coup, the Egyptian military regime has destroyed dozens of underground tunnels that have provided the only alternative route into Gaza for many basic supplies banned or severely restricted by the Israeli siege.
http://electronicintifada.net/blogs/ali-abunimah/israel-blocks-vital-water-disinfection-equipment-entering-gaza

8 Responses to “Israel decides to poison the water in Gaza”