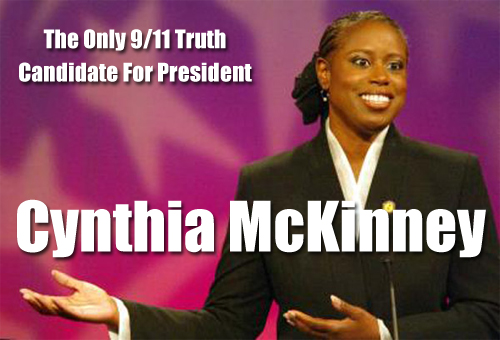 EX US Senator Cynthia Mckinney is in Syria right now. As soon as her schedule allows we will let you know. Below is a statement she released:

I am in Syria now with former Attorney General Ramsey Clark, where residents enjoy free education and free healthcare. Visited a Damascus hospital, the Grand Mufti, a school that has been turned into residences for Internally Displaced Persons. Ended the Day with Ogarit Dandash who founded “Over Our Dead Bodies,” a group of young people who climbed atop Mount Qasioun and dared U.S. bombs to target them. They are still there in defiant resistance to any war against Syria.
Mount Qasioun should be the site of a peace party not bombing strikes.
The Tap Blog is a collective of like-minded researchers and writers who’ve joined forces to distribute information and voice opinions avoided by the world’s media.