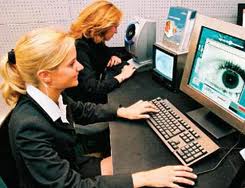 I hope by now I’m starting to get through to people about online identity management, because here in the UK a whole lotta folk are about to be forcedto sign their life over to an Identity Provider. The UK government has decided to host all of its public services online, to fulfill the ‘Digital by Default’ strategy. The Government Digital Strategy is now expected to be up and running by April 2014. Five companies have been chosen to provide identity management for UK citizens, one of which, the Post Office, will serve as registration centers for biometric smart ID enrollment.

When I try to tell people about this, and how it’s a global scheme, they just don’t seem to hear me. I can only think that the power of the media is responsible – they simply aren’t informing the public properly about this matter, so because you’re only hearing it from me, it perhaps doesn’t seem as real?

There aren’t any glossy adverts for it yet, but if you wade through the documents, and listen to lectures and webinars aimed at industry professionals, it’s all there on the Web.

Educating the public seems to have been ruled out, and instead, people are being drawn in by only being able to access certain services by using an Identity Provider (IdP) – this rules out debate, and the right to be informed. In the US, Obamacare and access to personal electronic health records will kick off national IdM take-up, while in the UK, it’s beginning with access to government services. No matter how private you’re told IdM makes you, there will always be an audit trail, and a host of exemptions from peeking.

Maybe you’re already one of the many victims of the transition to AI government – those wishing to claim Jobseeker’s Allowance must already make their claim online. It is not possible to do this by interacting with a human in any way.[1]

The thing is, the next stage is forcing people to sign up with an Identity Provider (IdP) to prove they are who they say they are, when they use government services which are only available online. It was supposed to start next month, i.e. the transition to Universal Credit (the new benefit which will replace most of the current ones) was meant to introduce identity management to the UK, by requiring all claimants to authenticate themselves online by using an IdP.

However, the plan has now changed, and the latest news is that instead of starting with Universal Credit, there will be 25 government departmentsmoving their services online, and to access these, citizens will need to sign up with an Identity Provider. The services include online driving licences, and other DVLA documents; State benefits, redundancy payments, and tax matters; civil claims; visa applications; electoral registration; and booking prison visits.

In June, the government announced,

HM Revenue & Customs (HMRC) will become the first central government department to use Identity Assurance (IDA), one set of secure login details to access all online public services, and will be a key component of Pay As You Earn Online (PAYE Online) which is to move to pre-launch mode in October 2013 with ‘wider IDA capabilities becoming available from October 2014′.

The Government Digital Service (GDS), which is developing IDA, has described it such: “Identity assurance is about providing users with a simple, trusted and secure means of accessing public services, so we are working hard to ensure that privacy is at the heart of the service we will provide to users.”

According to governmentcomputing.com, “IDA is set to become the default service for all government departments providing public digital services which require the citizen to confirm their identity.”

The move comes as part of the Cabinet Office’s strategy to move all government services online in order to save between £1.7bn and £1.8bn a year.”

They don’t want to provide staff to man phonelines, or offices –everything will be digitised, and for that you need smart ID.

The UK government (Government Digital Services, or GDS) announced this month they have contracted the services of five companies, and we get to choose which one to sign up with! Gosh, thanks! The five IdPs chosen by GDS for the UK are Experian, Verizon, the Post Office, Mydex, and DigIdentity; the first/beta phase is just about to start. There were supposed to be eight IdPs, but PayPal and Cassidian have deferred their involvement for the time being.

5 Responses to “Global Smart ID For All UK Citizens”