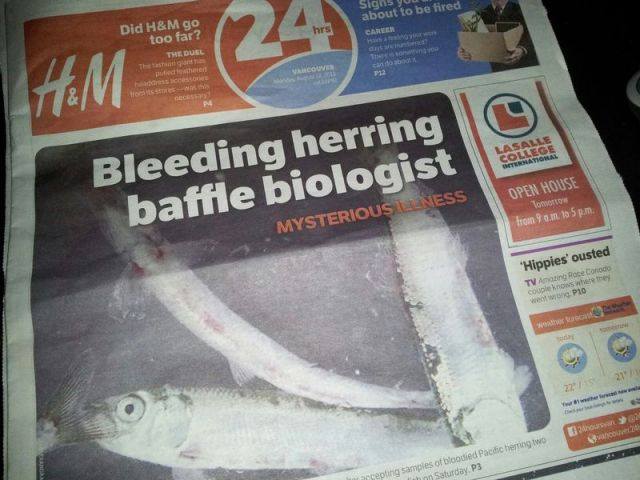 This stupid ‘SNOPES’ website has been claiming that there is no emergency at
Fukushima. From 4th of September, even the BBC have confirmed the emergency
status, on the 1st and 2nd September there were mass public marches in Japan.
PEOPLE POWER triggered a new string of televised confessions from the TEPCO
executives: New data showing contaminated sea water stood at 2,200 millisieverts
(mSv) last Tuesday… Tokyo Electric Power Company (Tepco) said it had found
highly contaminated water leaking at Fukushima, prompting the government to
pledge 47bn yen ($473m, £304m) in funding to tackle the problem. The readings
are high enough to provide a lethal radiation dose to someone standing near
contaminated water without protective gear within hours. Inside the reactor
buildings, the radiation is UNLIVEABLE – but 1,300 fuel rods need to be removed
because the entire building is SINKING INTO THE GROUND…

Amazingly, TEPCO and the government actually encouraged families to move back

to their houses within the Fukushima Dead Zone last year! The storage tanks of sea
water represent just a tiny fraction of the massive amounts of sea water flushed
over the nuclear cores since 2011… So, not surprisingly, we now have mass fish
deaths and abnormalities being reported all over the Pacific Ocean; The Canadian
Globe and Mail reported, Aug 13, 2013: “Independent fisheries scientist Alexandra
Morton is raising concerns about a ‘disease’ she says is spreading through Pacific

herring causing fish to hemorrhage. […] “Two days ago I did a beach seine on
Malcolm Island [near Port McNeill on northern Vancouver Island] and I got
approximately 100 of these little herring and they were not only bleeding from
their fins, but their bellies, their chins, their eyeballs. […] “It was 100 per cent … I
couldn’t find any that weren’t bleeding to some degree. And they were schooling
with young sockeye [salmon]”… Well, I can tell her those symptoms are the same as
RADIATION SICKNESS…

that’s about 1,300 rods which are stored in a pool at the plant’s damaged Reactor
No. 4. There are 56,000 of these rods on the Fukushima site in total. The removal
would have to be done manually; if mishandled a rod may go ‘critical’, meaning it
would begin to burn and boil the plutonium and zirconium particles in the open
atmosphere – if dropped on the ground, it would continue to burn and melt the
bedrock. Reactor 4 has the most significant problems structurally, and this pool full
of 1,300 potentially explosive zirconium fuel rods is on the top floor of the
building.

This is your bullet-point check list in our countdown to global contamination;
– Saltwater cooling has caused corrosion of the pool walls, and probably the fuel

– The No.4 reactor building is sinking because the ground is saturated with radioactive sea water.

– The cranes that normally lift the fuel were destroyed. Robots don’t work because

the radiation wipes the chips within a few minutes of the robots appearing on
scene.

– TEPCO cannot attempt this process without humans, which will manage this

enormous task while being bombarded with radiation during the extraction and
casking.

– The process of removing each rod will have to be repeated over 1,300 times

At Fukushima, they are dealing with massive amounts of groundwater that flow

through the property, and the endless pouring that must be kept up 24/7/365 to
keep things from getting worse. This is a problem on an epic scale – and it is
killing the Pacific. Last Thursday in Khazakstan, a strange pink snow began to fall
from the sky, and in eastern China millions of fish inexplicably died… All these
news stories, and more, are covered in full in my monthly magazine and I am
racing to renew and re-set my new server.

STOP PRESS: Just as I was writing up this report headlines scream – “Another

Mysterious Disease Outbreak in Alaska’s Arctic Coast Kills And Sickens Dozens of
Ringed Seals… ” The ‘disease’ looks suspiciously like RADIATION SICKNESS. This
disease is on the perimeter of the Pacific Ocean – and is reported in all places
where the contaminated sea water from Fukushima has been spreading since 2011

– Reports of nearly 150 other seals with the illness have come in from villages
outside Barrow, population 4,200, as well as from Chukotka, Russia, and
Tuktoyuktak, a village on the northwestern corner of Canada… North Slope Alaskan
biologists are trying to determine the magnitude of the problem in the other
countries, he said. Borough biologists have sent numerous tissue samples, from
dead seals and others still alive, to laboratories around the country.

One Response to “Fukushima is killing the Pacific”