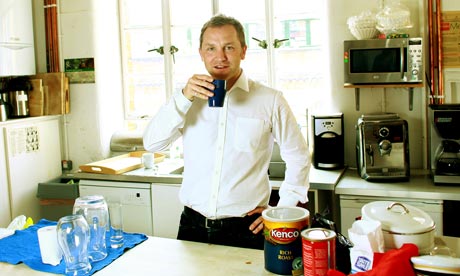 A new shocking report has revealed the fact that how pro-Israeli regime’s propagandists are penetrating the BBC, the UK’s state broadcaster.

The report published by the Electronic Intifada shows that Raffi Berg, the editor of the BBC News website’s Middle East section, tells his staff in emails to write their articles and news pieces in favor of the Zionist regime.

Berg was promoted to his current position earlier in August, having already worked as a journalist on the Middle East desk. He replaces Tarik Kafala, who has moved over to head the BBC’s Arabic Service.

His emails were sent during the Israeli regime’s eight-day war on Gaza in November 2012, when hundreds of Palestinian civilians, including women and children were killed in the heinous assault.

In one of the emails, he asked BBC colleagues to refrain from blaming Israel and try not to “put undue emphasis” on Israel for starting the prolonged war.

Instead, he encouraged journalists to try to sell the Israeli regime’s claims that the “offensive” was “aimed at ending rocket fire from Gaza.”

This is while that the Zionist army attacked Gaza on 14 November and breached the ceasefire Palestinians were observing by firing no rockets into the Occupied Palestinian Territories.

He failed to acknowledge that Israeli regime was recognized by the UN as the occupying power in Gaza and the world body has for several times urged the Zionists to end the siege of the Strip. Meanwhile, Israel’s refusal to do so violated UN Security Council Resolution 1860.

Later on, Berg was criticized for sending emails to BBC journalists, which “demonstrate a clear bias towards the Israeli regime line and show a bowing to pressure from pro-Israeli groups.”

Berg’s internal emails reveal his willingness to toe the BBC’s line of concealing, obscuring or softening Israel’s violations of international law and its abuse of Palestinian human rights, in the name of “neutral reporting.”

Look who is in charge of the BBC.  Top picture.

It makes me laugh, the sheeple who are against the war on Syria still watch the BBC; boycotting the pro-Zionist BBC is what they should be doing too.

4 Responses to “An army of pro-Israeli propagandists occupy BBC”