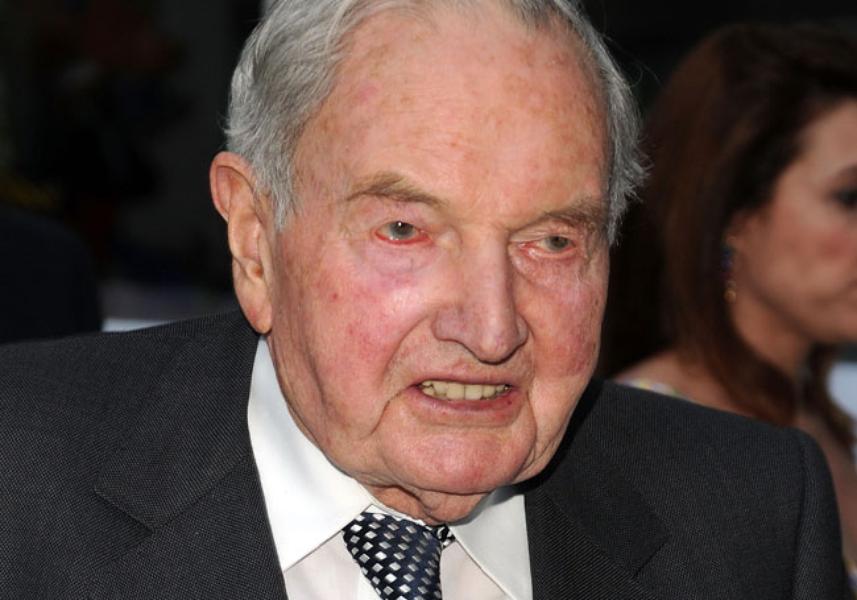 There is nothing to celebrate or to find memorable in 9-11: only the blood of the innocent is worthy of remembrance. All that blood was, ultimately, drawn by Zionist Jews. Let anyone prove otherwise.
The people behind who perpetrated 9-11 are genocidal mass murderers. This is true without exception. Because of their acts millions of innocents have been grotesquely murdered, blamed for an act never done by them but, rather, perpetrated by their enemies who are also the great enemies of humankind: Zionist Jews.
All such Jews should be dealt with decisively. They must be thoroughly crushed. Their power base must be cut-off and destroyed. They must be clearly and categorically identified and dealt with for their brutal, murderous acts. These Zionist hostile ones, these brutes beyond comprehension, are maliciously murdering people, while destroying the infrastructure of the whole world, all for their own wicked gains.
How much more blood will the maniacal, murderous, terminally rabid Zionist Jews draw before the whole world descends upon them, smiting them into oblivion?
As a consequence of their vile act on Sept. 11, 2001, how many people were slaughtered? How many miserably wounded? How many tortured and imprisoned? How many raped and defiled? How many racially profiled and hurled with insults? How many driven from their homes, displaced even to another land? Is it not a number far to great to count?
Like any criminal act it is crucial to identify the key criminals, the ones who plotted and then carried out the crime. Yet, then, with a wretched act of this scale not only must the hit men be identified but also those who are truly behind them, the high priests of this murderous act, the great ones who conceived it and carried it through.
Now, it must be said that despite his known involvement in the murder of innocents regarding 9-11 Bush was a minor player, if any. He was never fully privy to the plot, that is he likely did not know that the towers would be precisely detonated at that time nor by whom.
So, to put the blame on the Bush White House for the systematic destruction of the WTC complex – and to blame it exclusively for the resultant injuries and murders – is a distraction. It is a distraction, because it deflects from identifying the real culprits behind this act, which are Zionist Jews.
Since the 1970s the Jews have been plotting to take down the WTC. Rockefeller attempted to do so, legally, in 2000 through controlled demolition. However, his scheme was denied by the New Jersey authorities for fear of asbestos contamination. The top 40-some floors were fully tainted by the substance, turning the buildings into veritable albatrosses. In their terminally wicked style the Zionists sought to achieve all their plots at once: take down the hated buildings, which were financial sinks, while create the guise for murderous wars in the Middle East.
Yes, in fact, it is the these Jews who are the proven culprits. Increasingly, this is becoming known. Now, it is time to take this a step further and name this wretched murderers, those who have drawn vast blood on the face of the earth and who have never been held accountable.
It is clear that these Jews are the culprits. Blowing up two of the tallest buildings in the world, murdering people, injuring others, destroying infrastructure, spreading deadly poisonous material in the air, volatilizing asbestos: and yet these individuals are never named and dealt with?
Of note, all the key agents of the Port Authority are culprits. So are all the top political officials of New York State. So are all those who operate the key Zionist organizations of American: all of them, without exception.
Too, the New York-PA-New Jersey-based Jewish mob was a heavy player, as are the associated financial criminals, those in particular involved in the Enron scandal, whose crime were just to be revealed and whose prosecution went down into the dust with the records for the SEC filings, all in WTC-7.
Thus, here is a partial list of the names of these criminal associates, all of whom are now identified as genocidal murderers, many of whom may well be deemed war criminals.
Top American-European 9-11 criminal agents
David Rockefeller and the various elements of the Rockefeller cabal
Nicholas Rockefeller
The Rothschild cabal, including Edouard de Rothschild
Edgar F. Bronfman
Henry Kissinger
Walter Annenberg
Sheldon Adelson
Steven Wynn
Ronald Lauder (of Estee-Lauder, Jewish National Fund; good reason to boycott Estee-Lauder products)
Michael Bloomberg
Larry Silverstein
Frank Lowy
Bob Asher
Arlen Spector
Joseph Lieberman
Israeli criminals with known involvement in the destruction of the WTC and resultant murders
Ehud Barack
Ehud Olmert
Bibi Netanyahu
Ariel Sharon
Efraim Halevy (former director, the Mossad)
Reuven Azar
Tzipi Livni (so-called Israeli Foreign Minister)
Jacob Perry (former director, Shin Bet)
Avigdor Lieberman
Meir Dagan (former director, the Mossad)
Shabtai Shavit (former Israeli espionage chief)
Ilan Mizrahi
Martin Van Crevald
Shagl Mofaz
Yitzak Shamir
Shimon Perez
Known Mossad agents who were directly involved
Jules and Gedeon Naudet (the lying, thieving Zionist moles who did the documentary, 911 and when revealed, went underground)
Oded Ellner
Omer Marmari
Paul Kurzberg (Dancing Israeli)
Sivan Kurzberg (Dancing Israeli)
Yaron Shmuel (Dancing Israeli)

James Woosely (Mossad inflitrator of the CIA)
Ken Adelman
Donald Kagan
Paul Bremer
John Bolton
Abram Shulsky
Elliot Cohen
Alvin Berstein
Daniel Pipes (terminally rabid Zionist agent)
David Wurmser
Joshua Bolton
Marc Grossman
Normon Podhoretz
Ari Fleischer
Richard Haas
Non-Jews or Jewish assets with involvement and culpability
George W. Bush, Jr.
John Ashcroft (now a lobbyist for Israeli arms dealer, a rabid Zionist Christian)
Donald Rumsfeld (a key architect of the murderous wars which were a consequence of the Jewish 9-11)
Dick Cheney (Zionist asset; key coordinator of torture and mass murder)
Colin Powell
Condolezza Rice
Alex Jones (predicted 9-11 on July 25, 2001, and, therefore, is a Zionist agent)
Gov. George Pataki
Newt Gingrich
Tony Blair
Zionist media moguls with direct involvement
Steve Rosen (AIPAC)
Keith Weissman (AIPAC)
Phillip Zelikow (cover-up agent)
Maurice Greenberg (AIG)
Michael Chertoff
Michael Mukasey
Alvin Hellerstein
Lev L. Dassen
Ted and Barbara Olson
Rupert Murdoch
Sumner Redstone
Mortimer Zuckerman
Brad Grey
Leslie Moones (CBS)
Jeff Zucker (NBC)
Neil Shapiro (NBC)
Jeff Gaspin
David Westin (ABC)
Mel Karmazin (CBS)
Peter Chernin (NewsCorp)
Harry Sloan (MGM)
Barry Meyer (Warner)
Marty Peretz (New Republic)
Arthur O. Sulzberger (New York Times)
Terry Semel (Yahoo)
Sameul Newhouse, Jr.
Donald Newhouse
Lawrence Kirshbaum (AOL)Z
Andrew Lack (NBC)
Gerald Levin (Time-Warner; CNN)
List source: from the forthcoming book, It’s Worse Than You Think – The Shameful Fraud and Deceit of 9-11, K. Khaleel.
It can be clearly seen that the destruction of the WTC complex and the murder of some of the people within the complex and on the exterior was strictly a Zionist plot and that the key players were all a part of secretive Jewish cliques. Even so, this is merely a partial list of the murderers. Anyone who knows any others who are key perpetrators and moles of this wretched act, an act that led to the stripping of the freedoms of Americans, destruction of their economy, as ell as the global economy, and world-wide prolonged, murderous wars: do contact the author with documentation and those names will be added to the list.
For instance, this list doesn’t include the various agents on the ground who were responsible for creating the hoax of plane strikes and Islamic terror. These hoaxers include Michael Hezarkhani, the Israeli of apparent Iranian descent who made one of the most crucial fake videos of a plane strike, plus Luke Cremin, Evan Fairbanks, Clifton (Steurer) Cloud, Moshe Bursuker, Robert Clark, Robert Fisch, Jennifer Spell, Sean Adair, Naka Nathaniel, and Park Foreman.
Clearly, from this rather extensive list of names the scope of the Zionist conspiracy is revealed.
Let these wretched Zionists prove otherwise. All are involved in 911 and its consequences, which is the mass slaughter of the innocent, the destruction of entire countries, the displacement of countless people, the pollution of the lands of the earth with depleted uranium, the causing of, therefore, great misery on the earth through stillbirths and countless mutations, countless birth defects for which the victims and the families must suffer endlessly. Torture, rape, murder, maiming, destruction of infrastructure: all perpetrated by the named Zionist agents and their collaborators.
See them continue their murderous campaign with their push for the attack on Syria. See them as they seek to draw endless amounts of blood. They are vile, true Satans, just like their father, the devil himself.
See also:
http://rense.com/general64/moss.htm