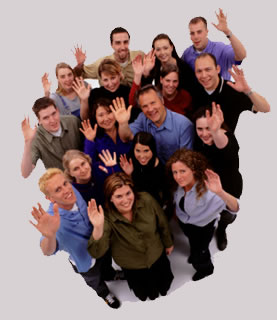 Radio wave-treated water could change agriculture as we know it.

A GROUNDBREAKING new Irish technology which could be the greatest breakthrough in agriculture since the plough is set to change the face of modern farming forever.

The technology – radio wave energised water – massively increases the output of vegetables and fruits by up to 30 per cent.
Not only are the plants much bigger but they are largely disease-resistant, meaning huge savings in expensive fertilisers and harmful pesticides.
Extensively tested in Ireland and several other countries, the inexpensive water treatment technology is now being rolled out across the world. The technology makes GM obsolete and also addresses the whole global warming fear that there is too much carbon dioxide in the air, by simply converting excess CO2 into edible plant mass.
Developed by Professor Austin Darragh and Dr JJ Leahy of Limerick University’s Department of Chemistry and Environmental Science, the hardy eco-friendly technology uses nothing but the natural elements of sunlight, water, carbon dioxide in the air and the minerals in the soil.
The compact biscuit-tin-sized technology, which is called Vi-Aqua – meaning ‘life water’ – converts 24 volts of electricity into a radio signal, which charges up the water via an antennae. Once the device is attached to a hose, thousands of gallons of water can be charged up in less than 10 minutes at a cost of pennies.
Speaking about the new technology, Professor Austin Darragh says:
“Vi-Aqua makes water wetter and introduces atmospheric nitrogen into the water in the form of nitrates – so it is free fertiliser. It also produces the miracle of rejuvenating the soil by invigorating soil-based micro-organisms.
“We can also make water savings of at least 30 per cent. When the water is treated it becomes a better solvent, which means it can carry more nutrients to the leaves and stem and percolate better down into the soil to nourish the roots, which in turn produces a better root system. Hence the reason you need less water and why you end up with larger and hardier crops,” explains Professor Austin Darragh.
Extensively tested in Warrenstown Agricultural College, the technology is being hailed as a modern day miracle.
The Tap Blog is a collective of like-minded researchers and writers who’ve joined forces to distribute information and voice opinions avoided by the world’s media.

4 Responses to “Wave goodbye to global warming, GM and pesticides”