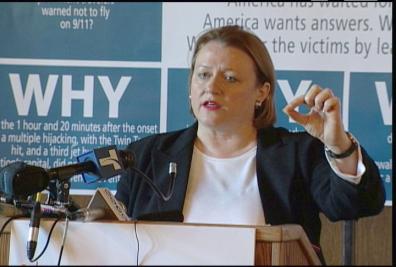 Money manager Catherine Austin Fitts says, “You are seeing a tug of war between the new system that’s coming up and the old system that’s struggling and dying.” Fitts explains it by saying, “Let’s pretend we have a company called USA, and we create a new company called Breakaway Civilization. We move all of our assets out of USA and put them in Breakaway Civilization. We leave union obligations and pension funds . . . in the old USA economy.”

Fitts warns, “I think bail-ins are coming . . . the big question is not will we be able to get out insured deposits. I think the big question is how violent will things get?” Fitts biggest worry is not financial collapse. Fitts contends, “I don’t think the people who run the U.S. military or run the United States government are going to say we’re happy to collapse rather than go to war. They are going to go to war. They’re going to shake somebody down.” Fitts goes on to add, “I think gold is the greatest form of insurance you can have during this transition period.”

4 Responses to “There will be no collapse but a transition”