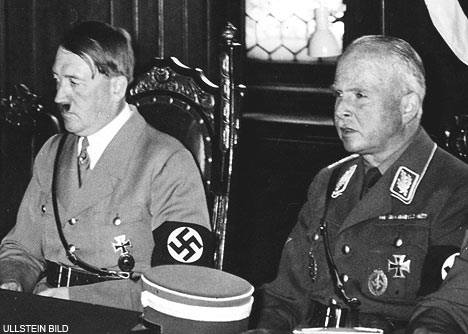 Who is this family? The Sachsen-Coburg und Gotha clan occupy the British throne TODAY and live at Buckingham Palace, Windsor Castle and another 30 or so royal palaces. The queen owns the Duchy of Lancaster which is a vast European network of giant landholdings which also include two duchies in Germany under the control of her Sachsen-Coburg und Gotha family.

His status as Sovereign Duke of Saxe-Coburg and Gotha, part of the German Empire, during World War I shows that he was responsible for ‘engineering’ the world wars of the 20th century. He was titled as a British Prince and British Royal Highness – in 1919, he decided to engineer the geopolitical groups which evolved into the NAZI killing machine and subsequently assisted in his family’s funding of the Burma opium trade, and his same family are related to the Romanovs of Russia.

Cumulatively, nearly all European wars, Viet Nam, the Chinese-British Opium Wars and the stripping of oil reserves and illegal occupation of many countries can be traced to this man and his grand children. His family investments in the armaments industry have played crucial roles in wars, war zones, landline planting and civil war on every continent of planet Earth. He is the maternal grandfather of Carl XVI Gustaf of Sweden, who is the most senior royal Freemason of Europe.

Prince Charles Edward was born at Claremont House near Esher, Surrey, and educated at Sandringham. His godparents were his paternal grandmother Queen Victoria, his paternal uncle the Prince of Wales, his paternal aunts Princess Christian of Schleswig-Holstein (same family as the Duke of Edinburgh). His uncle, Edward VII, made him a Knight of the Garter on 15 July 1902, just prior to his 18th birthday, and he paraded at the ceremony in the grounds of Windsor castle where his descendants have ensconced themselves.

When World War II ended, the American Military Government in Bavaria, under the command of General George S. Patton, placed Charles Edward under ‘house arrest’ at his main royal residence, the vast Veste Coburg palace. BEHIND EVERY GREAT MAN THERE IS A WOMAN. In this particular case it was his sister, Princess Alice who pleaded for his release with his American captors.

His sister was also a war monger and race-hate specialist – Princess Alice was Vicereine of the apartheid-murdering regime of South Africa and then Canada. She was also the Colonel-in-Chief of two British Army units and one Rhodesian Army unit – Rhodesia was named after Sir Cecil Rhodes and is one of the places where this family of psychopaths get their vast stocks of diamonds. During the Second World War, she was Honorary Air Commandant of the Royal Canadian Air Force.

After the second world war they played a cat and mouse game with investments stretching across China (Hong Kong opium), Viet Nam (Opium), Russia (minerals), Canada (minerals) and of course kept a vast portfolio of war investments including subsidiaries and collaborators with Lockheed Martin and other contractors. In 1953, Prince Charles Edward travelled to a local cinema to watch the Coronation of his cousin’s granddaughter, Elizabeth II.

This family have managed to crush the ancient nations of Europe and create a vast SUPERSTATE of faceless bureaucrats who now issue laws and dictate and have a unified currency which they control from Buckingham Palace.

TAP – quite interesting piece – especially when you think that Queen Victoria was the illegitimate daughter of Nathan Mayer Rothschild, and Hitler was the grandson of her half brother Lionel Rothschild.   Churchill was the grandson of Queen Victoria.  His real father was Edward 7th the then Prince of Wales Bertie.  Lots of Rothschild history to be found at –
http://www.iamthewitness.com/DarylBradfordSmith_Rothschild.htm

6 Responses to “THE MAN HITLER DESCRIBED AS “THE ANTICHRIST””