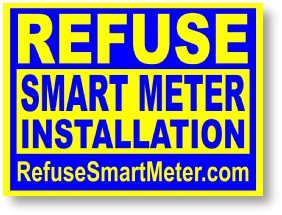 (NaturalNews) There is a sinister agenda underway to forcibly convert every standard electric meter in the U.S. to the “smart” variety under the guise of promoting renewable energy interests. And one of the latest pieces of Trojan horse legislation pushing for this ominous transformation is the Smart Grid Advancement Act of 2013, introduced by Representative Jerry McNerney (D-Cal.) and co-authored by Rep. Matt Cartwright (D-Penn.), which would force utilities all across the country to convert their customers to smart meters.

The new bill, as stated in a recent press release posted on Rep. McNerney’s website, would require virtually all energy utility companies nationwide to implement so-called “smart grid technologies,” which in turn would require the installation of smart meters on customers’ homes and businesses. Smart meters, as you may already be aware, contain wireless communication components that are not only a serious threat to human health, but also a monumental detriment to personal privacy.
But crafty politicians like Rep. McNerney and Rep. Cartwright are couching the technology as a viable way to help save people money by lowering their electricity bills. This explanation, of course, is meant to divert attention away from the not-so-enticing fact that the technology is really nothing more than a massive, interconnected government spying and control apparatus.
http://www.naturalnews.com/041446_smart_meters_national_mandate_surveillance.html
The Tap Blog is a collective of like-minded researchers and writers who’ve joined forces to distribute information and voice opinions avoided by the world’s media.