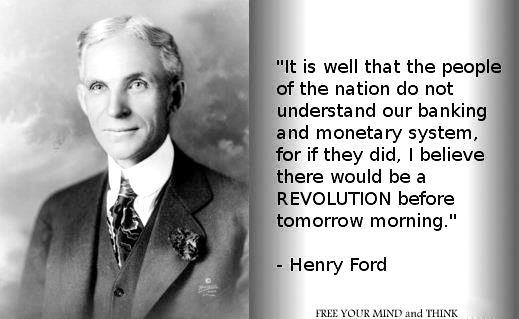 It is common knowledge that the entire western world is as near as dammit to total bankruptcy, with only two other political entities still operating with their own central banks (and in the black) the US State of North Dakota and South Africa.

An internal, publicly-owned central bank issues the nation’s currencu, sets the repo and interest rates and monitors the money supply needed to drive the economy, which is the ease of access of product from manufacturers to consumers using ‘money’ as a medium of exchange.

Both the nation’s businesses and government borrow from the central bank, and any interest incurred is returned to the national fiscus and spent on service delivery and the business of government, which is the well being of its citizens.

One of the largest financial ‘trading assets’ is the mortgage bond.

A mortgage is a long-term financial commitment and the 20 or 30 year debt incurred can be sold at a discount to investors willing to wait that time for their money to yield returns as mortgages are paid off. 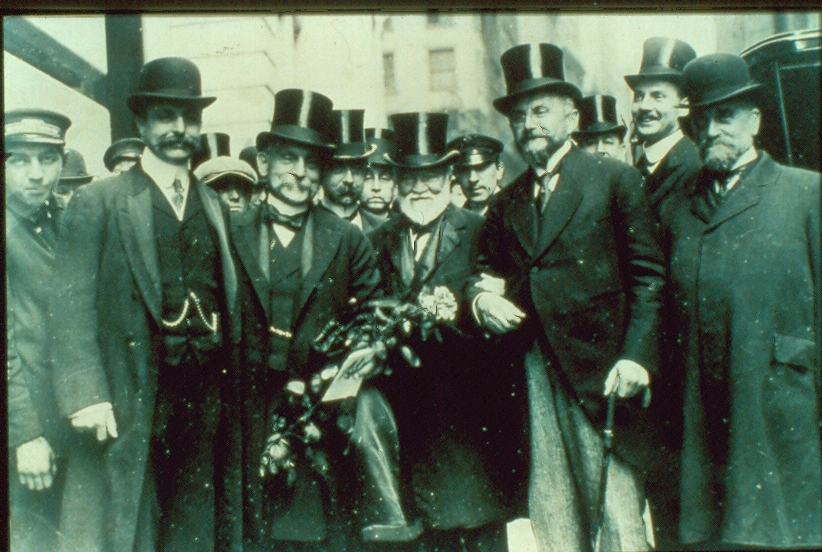 The robber barons of the 1920s who grew fat on the profits of WW1.  Compare their smiles with the hardened faces of the workers around them.  War is the most profitable business of all.  David Cameron’s mother is a Levita, the family that owns Standard Bank.  They funded the militarisation of Japan throughout WW1 and WW2.  Blair is the illegitimate son of Jacob Rothschild, the family that became the wealthiest in the world through funding governments in wars.  They have hidden themselves in plain sight, while they attempt to repeat their crimes of the twentieth century in the twenty first.

Meantime, the mortgage lender has new cash in hand (although much less that the total 20 or 30 year mortgage yield) for further lending into or investing in the economy.

If on the other hand, a nation’s money supply is ‘fiat’ or paper currency borrowed at interest from a foreign bank and further, that paper is not backed by gold or other ‘hard’ assets, a part of the nation’s GDP is spent ‘servicing’ the debt incurred over the interest and not on service delivery or infrastructure maintenance.

What has happened in the world is a repetition of several other debt-based economic collapses over the centuries, all the result of many fraudulent financial practises like securitizing ‘troubled assets’ by pooling tghem with Triple-A Mortgage securities, but particularly by interest rates called usury.

Once anyone, including a nation, has fallen into the ‘debt trap’ a ‘modern’ false economy kicks in – borrowing more money to pay off the interest – called Keynesian economics, which only ‘works’ up to the point where the consumer base stops growing.

You can’t get more money from for the same products from the same number of people unless you raise your prices, in which case the consumer will turn to his employer for higher wages and the ‘push-pull’ inflationary cycle starts.

There are many other factors involved if an economy strays from the basic rule of income “more must come in than goes out”, but the most common is fraud that government turns a blind eye to like the sub-prime fraud that the Bush Administration actively supported to the point of ‘politically assassinating’ the governor of New York, Elliott Spitzer, for attempting to rally the nation’s other governors to legislate against the practice.

Once that ‘borrowing to pay interest’ mistake is made, the “Debt-to-GDP Ratio” must increase until all GDP revenue is being used to service debt and basic infrastructure collapses…

Or we have a war.

13 Responses to “It’s Amazing How One Common Denominator in the Middle East Wars is Ignored – the Only nations left there with their Own Central Banks are Syria and Iran.”