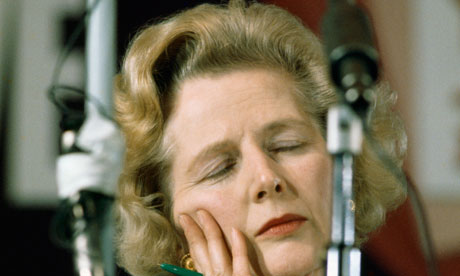 Mrs Thatcher was famous for her short sleep time of four hours a night.  This was supplemented with sleeping at other times, with no noticeable negative effects.

The existence of our sleeping twice per night was first uncovered by Roger Ekirch, professor of History at Virginia Tech.
His research found that we didn’t always sleep in one eight hour chunk. We used to sleep in two shorter periods, over a longer range of night. This range was about 12 hours long, and began with a sleep of three to four hours, wakefulness of two to three hours, then sleep again until morning.
References are scattered throughout literature, court documents, personal papers, and the ephemera of the past. What is surprising is not that people slept in two sessions, but that the concept was so incredibly common. Two-piece sleeping was the standard, accepted way to sleep.
“It’s not just the number of references – it is the way they refer to it, as if it was common knowledge,” Ekirch says.
An English doctor wrote, for example, that the ideal time for study and contemplation was between “first sleep” and “second sleep.” Chaucer tells of a character in the Canterbury Tales that goes to bed following her “firste sleep.” And, explaining the reason why working class conceived more children, a doctor from the 1500s reported that they typically had sex after their first sleep.
Ekirch’s book At Day’s Close: Night in Times Past is replete with such examples.
But just what did people do with these extra twilight hours? Pretty much what you might expect.
Most stayed in their beds and bedrooms, sometimes reading, and often they would use the time to pray. Religious manuals included special prayers to be said in the mid-sleep hours.
Others might smoke, talk with co-sleepers, or have sex. Some were more active and would leave to visit with neighbours.
As we know, this practice eventually died out. Ekirch attributes the change to the advent of street lighting and eventually electric indoor light, as well as the popularity of coffee houses. Author Craig Koslofsky offers a further theory in his book Evening’s Empire. With the rise of more street lighting, night stopped being the domain of criminals and sub-classes and became a time for work or socializing. Two sleeps were eventually considered a wasteful way to spend these hours.
No matter why the change happened, shortly after the turn of the 20th century the concept of two sleeps had vanished form common knowledge.
Until about 1990.  Details in link below….

2 Responses to “Improve your perception with two sleeps a night”