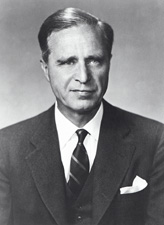 Prescott Bush, father of George and grandfather of Dubya, was Hitler’s banker.

Hi Tap, another Anon who can’t see Beyond The Smoke & Mirrors

That’s only the tip of the ICEBERG Anon @ 5.28, go & look for the other 7/8ths. JP Morgan, Bush Harriman Thyssen, I.G Farben, the Corporation that was to Big To Dismantle, at the End Of WW 2. You haven’t Pierced the Smoke Screen

Then Explain Away The Concordats – JESUIT ARCHITECTS I THINK YOU WILL FIND, The S.S was run as a Jesuit Order, Many of the Top Nazis were Zionist Jews. TOP NAZIS WERE Papal Knights, SMOMS.

Many of The Concentration Camps were set up as SLAVE LABOUR CENTRES for I.G. Farben, which just happened to be Jesuit Controlled, & still is.

Why do you think that was then?

ALL TO DO WITH SCOTCH MIST I SUPPOSE YOU WILL SAY!
I have given countless links to this stuff. Here is another one How the Bush family made its fortune from the Nazis .

The unraveling of the web of Bush-Harriman-Thyssen U.S. enterprises, all of which operated out of the same suite of offices at 39 Broadway under the supervision of Prescott Bush, began with a story that ran in the New York Herald-Tribune on July 30, 1942. By then, the U.S. had been at war with Germany for nearly eight months.

“Hitler’s Angel Has $3 Million in U.S. Bank,” declared the headline. The lead paragraph characterized Fritz Thyssen as “Adolf Hitler’s original patron a decade ago.” In fact, the steel and coal magnate had aggressively supported and funded Hitler since October 1923, according to Thyssen’s autobiography, I Paid Hitler. In that book, Thyssen also acknowledges his direct personal relationships with Adolf Hitler, Joseph Goebbels and Rudolf Hess.

Any Jews you find here will be First & Foremost Jesuits & Probably SMOMS.
Intelligent Design will only prove what you want it to – just like Global Warming Now Morphed Climate Change blaming a Refrigerant Gas CO2, viz Antrotropic Globabal Warming, & Dismissing Solar Flare Activity, which we have recently experienced, which almost lead to G _ L’s Carrington Event. So what Appears to be to Some Isn’t The Real Cause, Yet Another Hot Potato, Worth Too Much For Some To Drop!

You need to learn to use a Computerto find all the information, not just The Peripheral Stuff. Unless you start with a Clean Slate & No Preconceived Ideas You Will Never See The Full Picture, Only Part Of The Negative.